TORONTO – In Ontario, bereaved parents are entitled to just 10 days off work, but that may change, if NDP MPP Peter Tabuns has his way.

Jonathan’s Law, named in honour of Vince and Espy Leitao’s teenage son who died of terminal liver cancer, seeks to provide working parents with up to 52 weeks of unpaid leave from work.

“They’re not asking for paid leave, what they’re asking for is protection for their jobs so when they’re dealing with the grieving they don’t have to worry,” said Tabuns.

“If we can protect the job, the position, it takes that pressure off and lets them travel down their grief journey at their own pace,” she said.

Vince Leitao acknowledges that not all bereaved parents require a full year off work, but he insists they should have it available to them nonetheless.

“Society has to give them the time and the space to build themselves up,” he explains. 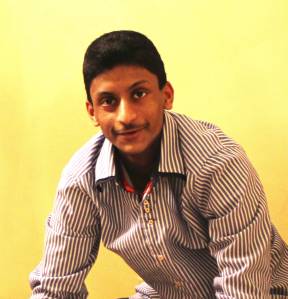 Under the Employment Standards Act, working parents in Ontario are entitled to up to 37 weeks of unpaid leave to care for a critically ill child, but only an additional 10 days if the child dies.

If a child dies as the result of a crime, employees are entitled to an unpaid leave of absence of up to 104 weeks.

Dad Jonathan Miles, whose 3-year-old-son died suddenly in January 2015 of an infection caused by a streptococcus bacteria, said he barely remembers the first few weeks after Noah’s death.

“It would have been a lot less stressful knowing that you’re guaranteed your position, you don’t need to have this added layer of stress,” he said, adding that Jonathan’s Law would go a long way to relieving some of that pressure.

Miles’ wife, Meighan Ferris-Miles, who is also an employment lawyer is home on maternity leave with the couple’s third child. She recalls returning to work after Noah’s death because she felt she needed the distraction, even though she admits she wasn’t emotionally ready to be there. 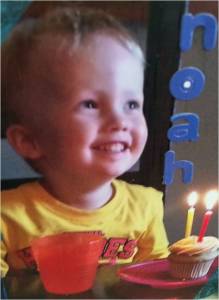 Ferris-Miles hopes Jonathan’s Law will help open the dialogue between bereaved parents and their employers so that they can work through the difficult journey together, and feel supported.

The couple has launched The Noah John Winston Miles Foundation in honour of their young son. The goal is to raise funds for Roots of Empathy, a Toronto based anti-bullying organization teaching children about empathy by experiencing the bond between a baby and a caregiver. Noah took part in the program during his first year.

Vince Leitao wrote a book about his grief. “Jonathan, do you know me?” is a collection of discussions on life and death, with proceeds going to the SickKids Foundation.

“It’s a very, very painful process and grief is not limited,” Leitao said at Tuesday’s news conference. “We know when it starts, but we don’t know when it ends. It can go on forever.”

It could be months before other members of provincial parliament get a chance to vote on the bill.

But as Leitao says, “The longer it takes to pass the bill, the more the chance of another parent suffering. It would be nice to avoid causing pain to another.”