But there’s one major difference this year, compared to the previous seven. Nill will be on the visitors’ sideline when his UBC Thunderbirds enter McMahon Stadium Saturday for the 79th Hardy Cup (12 p.m., Global TV).

“It’s almost like it was scripted…from a Hollywood movie or something,” said Dinos fifth year linebacker Doctor Cassama.

And there’s little doubt who’s wearing the black hat in this movie.

“There’s some anger built up…some disappointment. That’s a very good football team and I expect there to be a lot of motivation against me,” said Nill.

The Dinos insist they’re not angry about his summer departure, but motivated by it? No question.

“I think this week, it makes it even bigger,” said Canada West Player of the Year Andrew Buckley. “We’re facing our former head coach who a lot of us were very close to and having the chance to knock them out of the payoffs is huge. And I know they’re coming in here saying the same thing about us.”

“It’s an honour to play Coach Nill, he’s a great coach, but it’s even a better feeling to win against him. We expect a Championship fight,” added Cassama.

Nill has already made one trip to Calgary since his unexpected departure in the offseason; it was the first game of the regular season on Sept. 4.

Since then, the Dinos have gone undefeated, and are the Number 1 ranked team in the country, while the Thunderbirds have lost just once.

Nill knows better than anyone what they’re up against; he helped build the opposition.

“It is very emotional. Probably 95 per cent of the team – all but this current recruiting class – were young men that I brought into the program who we’ve shared a lot of good moments with,” he said.

UBC has been a great story in 2015, going from missing the playoffs last season to playing for a conference championship.

But despite a sharp turnaround, Nill sees Saturday as a David versus Goliath match-up.

“It’s like man and boys in a lot of ways,” said Nill. “There’s a lot on the line for them, perhaps more so than us.

“They’re the favourites, they’re suppose to win it this year. They’ve got 16 all-stars, the coach of the year, the Hec Crighton winner, the best tailback in the country, the pieces are in place for them to win, they’re feeling the pressure right now.”

The stats certainly support that. Calgary owns the top offence and defence in the conference, and have outscored the opposition by an average of 37 points in nine wins this season.

They’ve also been fuelled all year by the disappointments of the past, including a loss to Manitoba in the Hardy Cup last year.

“I think people are more concerned about winning the Hardy Cup, that’s our main goal. I don’t care if we win by 30 points or win by one point, I just want to win this game,” said fifth year offensive lineman Sean McEwen.

Under Nill, the Dinos won six conference championships and made three Vanier Cup appearances, but were never able to win the last game of the season.

Now, to have another crack at that elusive National title, they’ll have to go through their former head coach on Saturday. 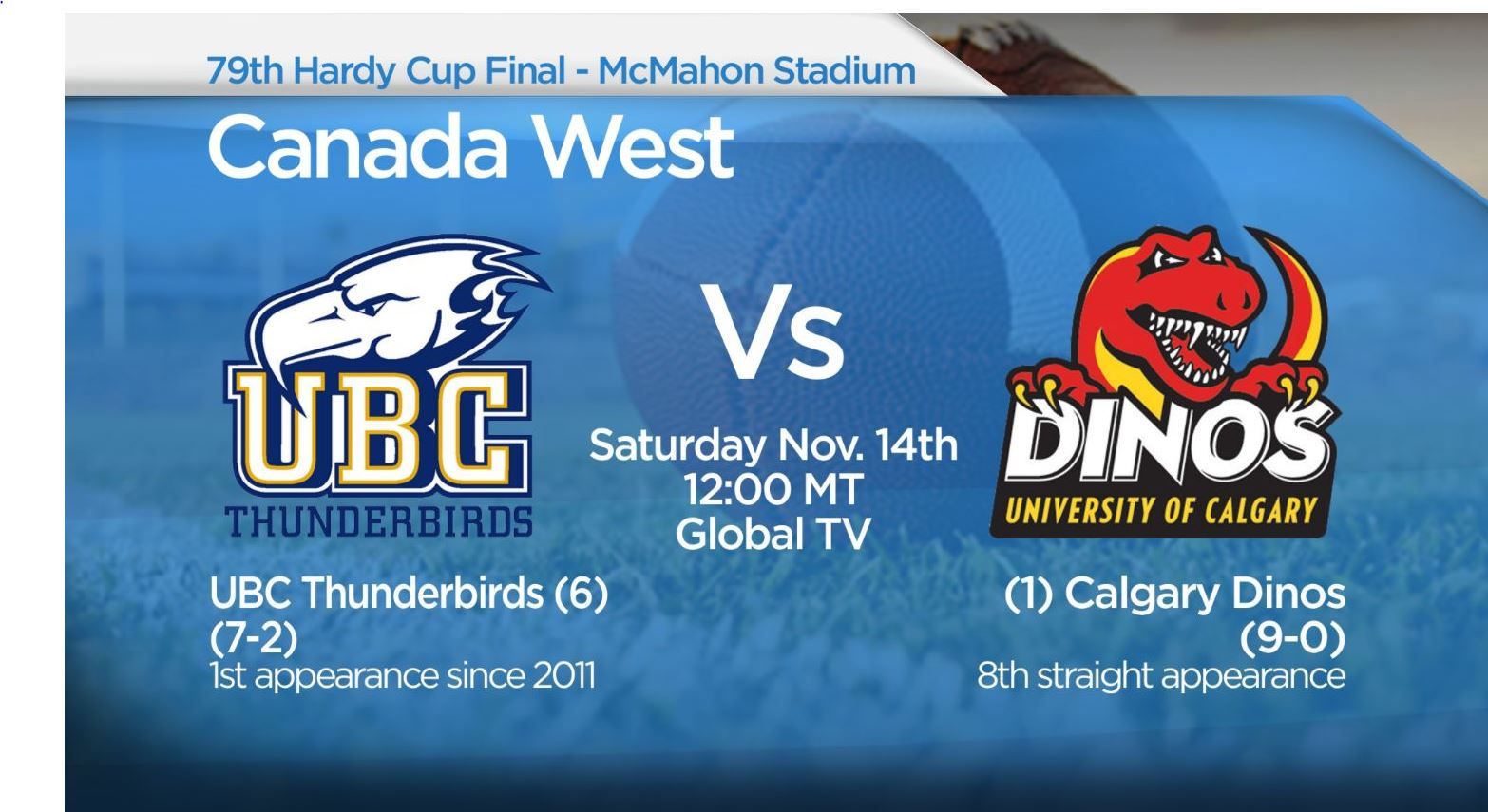