WATCH ABOVE: Friday was the fifth day in a row that Calgary has been under a cloud of smoke from wildfires burning in the U.S. Global’s Heather Yourex-West reports.

EDMONTON – Many eyes have been watching the air quality health index this week as smoke from wildfires continue to blanket Alberta.

The index is measured on a scale of one to ten. The higher the number, the higher the volume of particulate matter in the air.

During this hazy week, ratings of a four to a seven were not unusual in Calgary.

On Wednesday evening, both the Environment Canada and the Alberta Environment and Parks websites reported a jump in the AQHI from a 6.8 to an astonishing 28.2, and remained that way until 12 p.m. Thursday.

Staff from the Calgary Region Airshed Zone were alerted to the spike, and discovered that there was a bug in the system.

Well, actually, it was an arachnid to blame.

Upon inspecting all three of their air measurement instruments, staffers found a spider hidden inside.

“Basically, measuring particulate matter involves shining a beam of light through an air stream. The spider got in the path of the light,” explained Jason Maloney, a Public Information Officer with Alberta Parks and Environment. “To the instrument, it read it like a big increase in particulate matter.”

“I don’t know the actual size of the spider, but to the instruments it may have seemed like Aragog,” he joked.

Officials confirmed that Calgary’s AQHI was actually at a four out of ten, not at a 28, for most of the day Thursday.

Conditions are forecast to improve for Friday – unless, of course, another spider breaks in to spin a new web of lies. 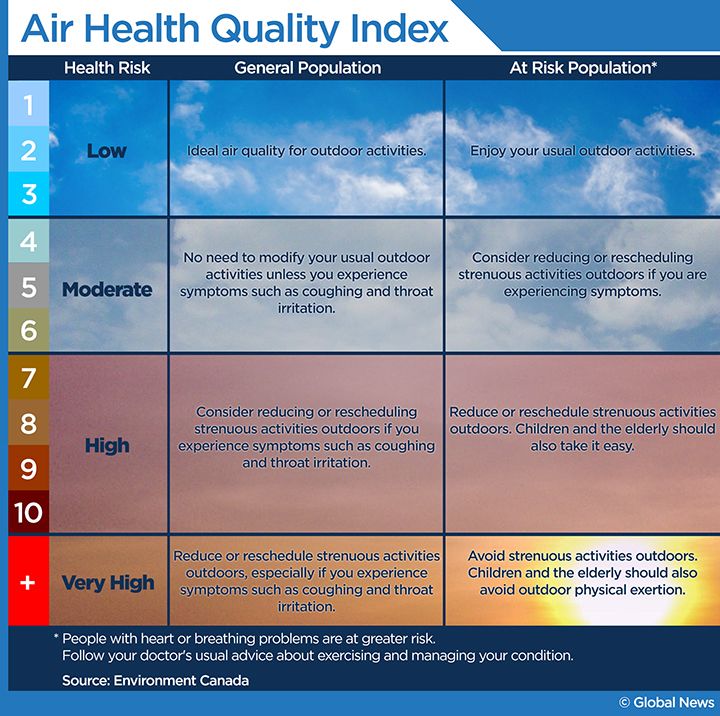