WARNING: This story and above video contains images and details that may be disturbing to some viewers. Discretion is advised.

A reporter and a cameraman, both in their 20s, were gunned down during a live television broadcast by an alleged former colleague in Virginia Wednesday morning.

Reporter Alison Parker, 24, and photographer Adam Ward, 27, of WDBJ-7 a local television station in Moneta, Va., were shot at close range with a handgun in the middle of an interview at Bridgewater Plaza.

WATCH: The family of alleged Virginia gunman Vester Flanagan had a representative read a statement, which expressed their condolences, about the deadly shooting that took the lives of a reporter and photographer.

READ MORE: What we know about Alison Parker, and Adam Ward, the two journalists killed in Virginia

The gunman, identified as Vester Lee Flanagan II, 41, also known as Bryce Williams, who was fired in 2013 from WDBJ fled the scene and posted video of the killings on Facebook and Twitter.

Police said the suspect shot himself on Interstate 66 after a vehicle pursuit. The suspect ran his vehicle from the road and was found suffering from a gunshot wound, police said. He was taken to hospital with life-threatening injuries and died just before 1:30 p.m. ET. 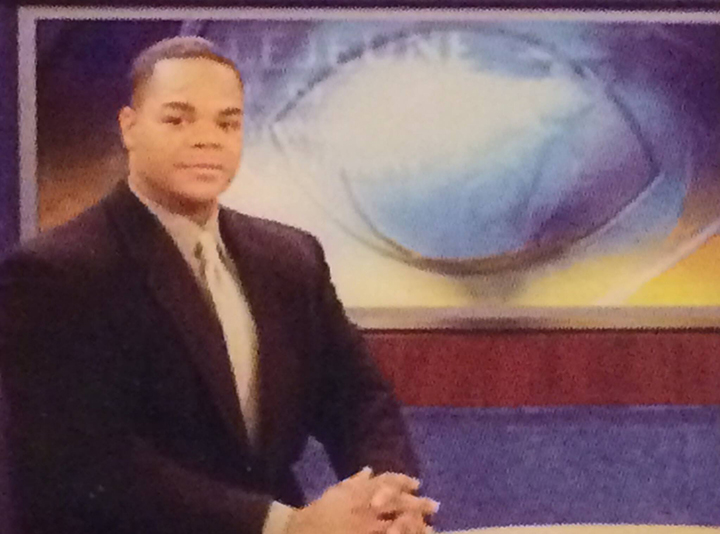 At an afternoon press conference, Franklin County Sheriff Bill Overton Jr. said Flanagan’s motive was still unclear but the suspect was “disturbed in some way.”

WARNING: The following video may be disturbing to some viewers. Discretion is advised.

“This gentleman was disturbed in some of the way things had transpired out at some point in his life,” Overton said. ”It would appear things were spiraling out of control, but we are still looking into it.”

After the shooting, Flanagan ditched his car at Roanoke airport and picked up a car he had rented earlier in the month, Overton said.

Overton confirmed a copy of the suspect’s apparent 23-page manifesto was sent to ABC News. In it he described himself as a “human powder keg”

READ MORE: What we know about Vester Flanagan aka Bryce Williams

Just after 11 a.m. a social media user by the name of Bryce Williams uploaded two videos showing what appeared to be a first-person perspective of the shooting.

“I filmed the shooting see Facebook,” an update reads. “Adam went to hr on me after working with me one time!!” 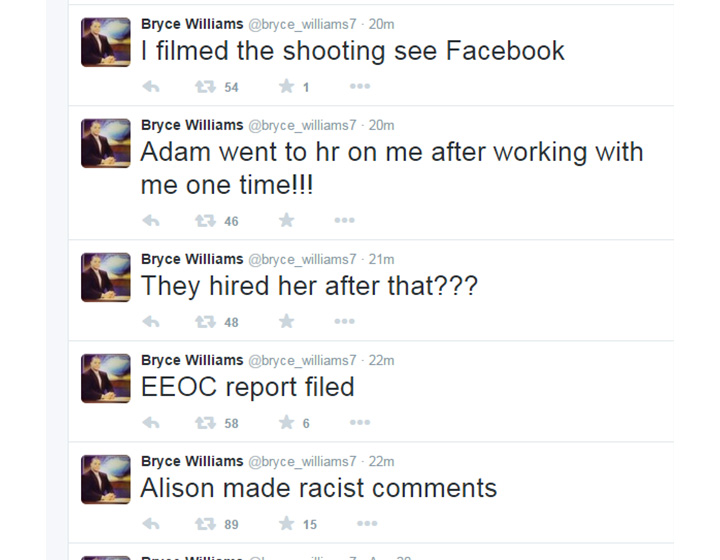 Earlier Wednesday video showed the gunman opening fire during a WDBJ-7 live report in Moneta, Virginia.  The video showed an outstretched arm holding the handgun and the shooter walking up to the victims in the midst of the live TV interview.

The gunman waited until Ward’s camera was pointed at Parker, and then fired repeatedly.

We love you, Alison and Adam. pic.twitter.com/hLSzQi06XE

The CBS News affiliate announced on television that Parker and Ward had died.

Virginia Governor Terry McAuliffe told a Washington radio station the suspect is a former employee of the TV station.

“Law enforcement personnel have a photo of the suspect,” McAuliffe told the radio station. “We believe it’s a disgruntled employee of the station.”

Parker was conducting an interview with Vicki Gardner, head of the local Chamber of Commerce, for a piece about about local tourism at Bridgewater Plaza when the shooting occurred just before 7 a.m. 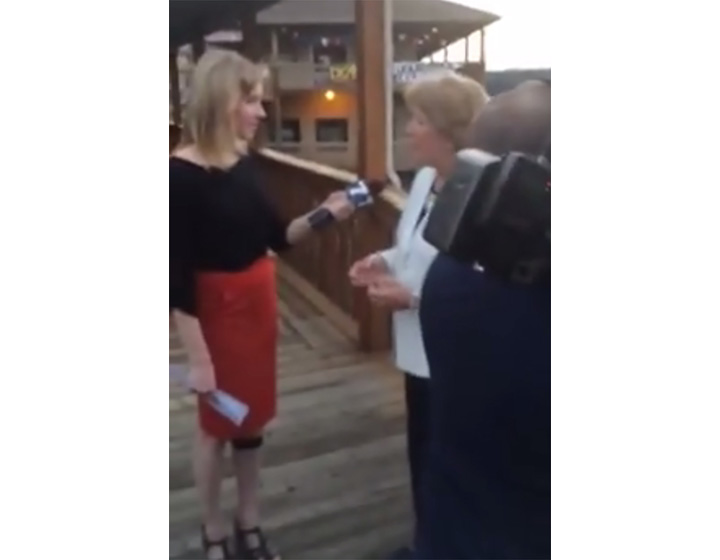 Both women screamed in horror as roughly 15 shots were fired. The photojournalist, Ward, appeared to collapse as well and the camera he had been holding on his shoulder captured an image of the suspect holding a handgun.

WDBJ switched back to station where the anchor said, “OK, not sure what happened there.” The station later went live again, reporting on their own station and staff as the story developed.

“Our hearts are broken,” said Marks. “They were just out doing their job today.”

Gardner, who was shot in the back, was rushed to a hospital where she underwent surgery. The hospital said Gardner is recovering and in stable condition.

A statement obtained by Entertainment Tonight on behalf of Alison Parker’s family called the shooting “senseless” and left the family “crushed.”

“Today we received news that no family should ever hear. Our vivacious, ambitious, smart, engaging, hilarious, beautiful, and immensely talented Alison was taken from the world. This is senseless and our family is crushed,” read the statement.

The Carilion Clinic hospital also offered its condolences to the journalists who were fatally shot.

“Our hearts are heavy today with the tragic loss of WDBJ7 reporter Alison Parker and cameraman Adam Ward in a senseless shooting at Smith Mountain Lake,” reads a message on the clinic’s Facebook page. “Our Carilion Clinic family had gotten to know Alison and Adam well in recent years, spending many early mornings with them during live TV reports from our facilities throughout the region.”

“Our thoughts and prayers go out to the family and friends of Alison, Adam and Vicki, as well as our friends at WDBJ7, during this very difficult time.”

Wednesday afternoon the station manager described Flanagan as an “unhappy man” when he was employed at the station about two years ago.

“We employed him as a reporter and he had some talent in that respect and some experience,” Marks said, noting Flanagan had been out of broadcast news for a while.

“When he was hired here, he quickly gathered the reputation of someone who was difficult to work with,” Marks said.

The WDBJ7 manager said Flanagan was dismissed after “many incidents of his anger coming to the fore.”

As more details emerged, WDBJ7 news anchor tweeted that he and Parker planned to marry.

“We didn’t share this publicly, but @AParkerWDBJ7 and I were very much in love. We just moved in together. I am numb,” Chris Hurst said.

Hurst said he was also “heartbroken” for Ward’s fiancée.