Stephen Harper’s Senate appointments: Where are they now?

He ended up appointing 59.

Since Harper first formed government in February 2006, only three of the senators he has named were elected; all others were straight-up, run-of-the-mill appointments.

And a handful of those appointments have been giving their leader a rough ride.

Sen. Don Meredith became the latest thorn in Harper’s side last night when allegations of sexual relations with a minor surfaced. Meredith was already the subject of a Senate investigation on account of his high staff turnover and rumours of harassment and bullying in his office.

Shortly after the news broke Wednesday night, the Prime Minister’s Office kicked Meredith out of the Conservative caucus.

Meredith left the latest in a series of bruises some of Harper’s appointments have dealt the prime minister, the Conservative party and the Senate.

Three of Harper’s higher-profile appointments were famously suspended in November 2013 after becoming the subject of internal investigations into questionable expense claims.

Story continues below the graphic … 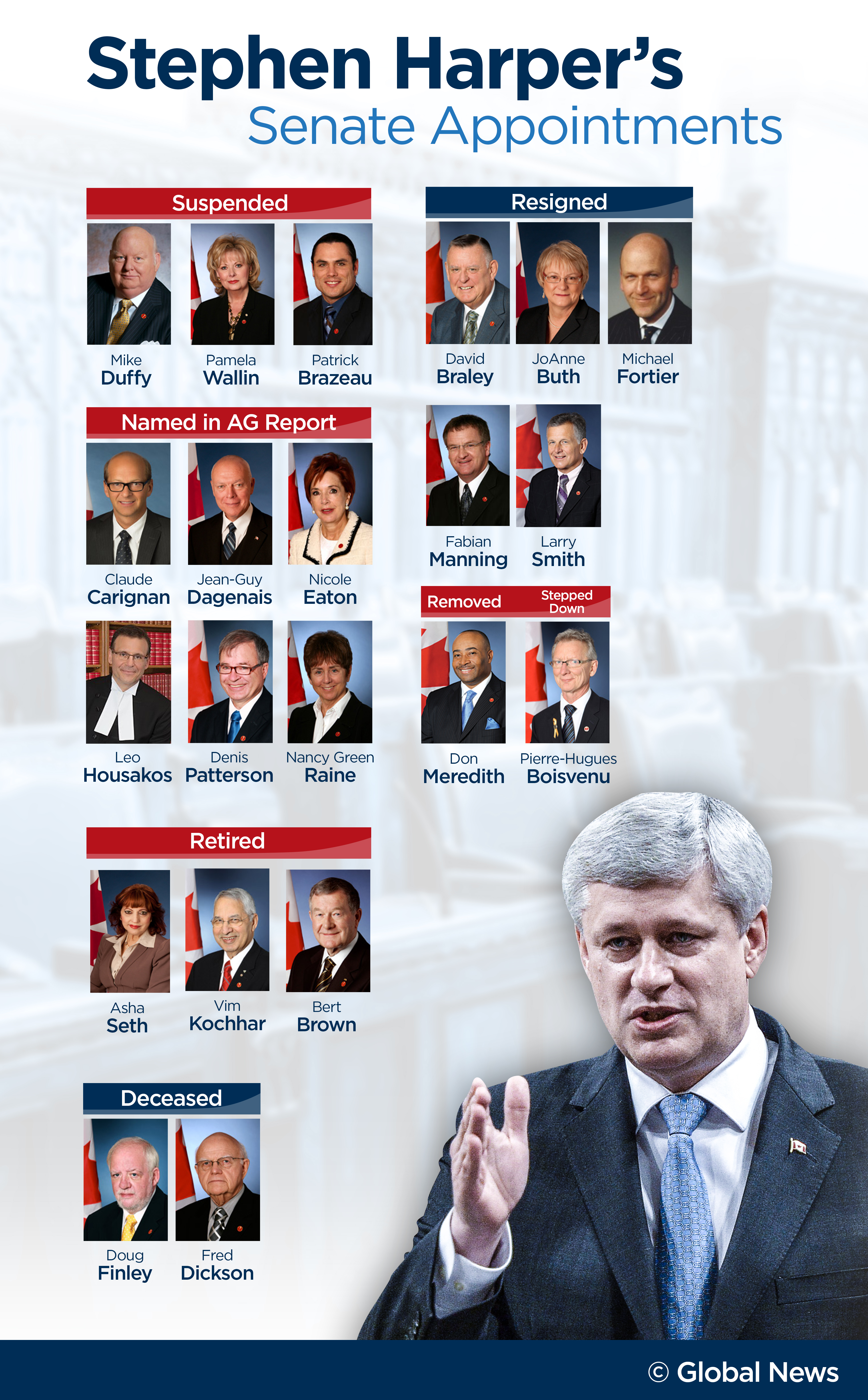 When allegations of potentially inappropriate expenses became more widespread, the Senate invited the federal auditor general in to comb in detail through the numbers — and Harper’s headache continued to grow.

The resulting audit showed seven of his appointments, all currently sitting, had filed potentially inappropriate expenses; one of those, Pierre-Hugues Boisevenu, decided to leave caucus when he learned his file was among those being referred to the RCMP.

In total, 10 Harper appointees have left the upper chamber, though not all in disgrace: Two have passed away; some have simply retired. Larry Smith gets an asterisk of his own: He was sitting, then resigned to run for MP in Quebec but lost, so was then re-appointed and is currently sitting as a Conservative senator.