TORONTO – A 66-year-old Ontario man is facing multiple charges after he was caught driving his mini-van without sliding doors, missing rear side windows and no licence plates.

Niagara Regional Police were conducting a distracted driving blitz Monday morning in St. Catharines, Ont. when they came across a dark green 2000 Dodge Caravan with a slow-moving sign affixed to the tailgate as well as a wooden stool tied to the vehicle’s roof.

The driver was caught while crossing the Welland Canal on the Homer bridge.

Police say the accused admitted to being a suspended driver with no auto insurance.

The accused, whose name was not released, has been charged with seven offences including driving while under suspension, drive motor vehicle – no plates, fail to surrender permit for motor vehicle, operate unsafe vehicle and prohibited use of slow-moving vehicle sign.

Police say the driver had also been stopped driving the same vehicle on the roadway in Fort Erie two weeks earlier. 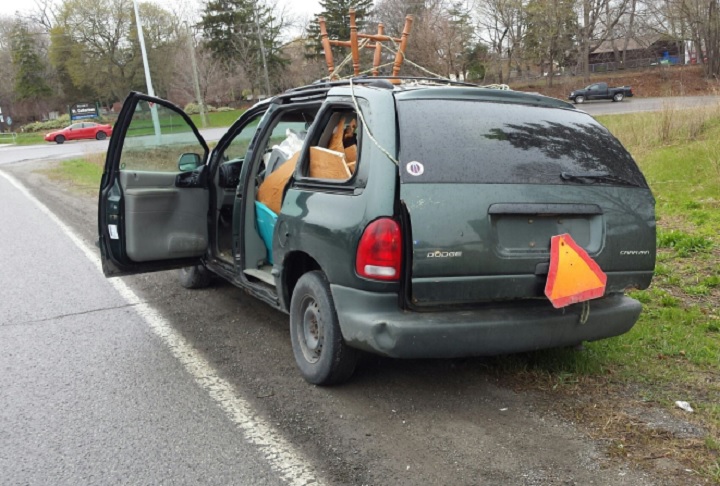