Under Fire: Training for a shooting

Frontline officers no longer wait for SWAT or Emergency Response Teams to arrive, they are trained to pursue a threat and stop it.

This style of training is called Immediate Action Rapid Deployment, or IARD, and is widely used by police forces across North America.

In Canada’s second largest police force, the Ontario Provincial Police, it is mandatory for all officers.

WATCH: Officers take part in IARD training inside a school

IARD is the only active shooter training some RCMP officers will receive after they leave police college. In Moncton, where a gunman went on a shooting rampage June 4th, 2014, only 59 per cent of officers had the training.

It’s the reason some frontline officers say they weren’t ready for the call, “No. No. Not whatsoever.”

A 16×9 investigation has uncovered the level of training in other parts of the country is far more alarming: that some detachments don’t even have a single officer who has taken active shooter training.

Nationally, only 30 per cent of all sworn officers have ever received IARD training. In some provinces, like Alberta and Manitoba, the numbers are down to 15 per cent and 16 per cent respectively. 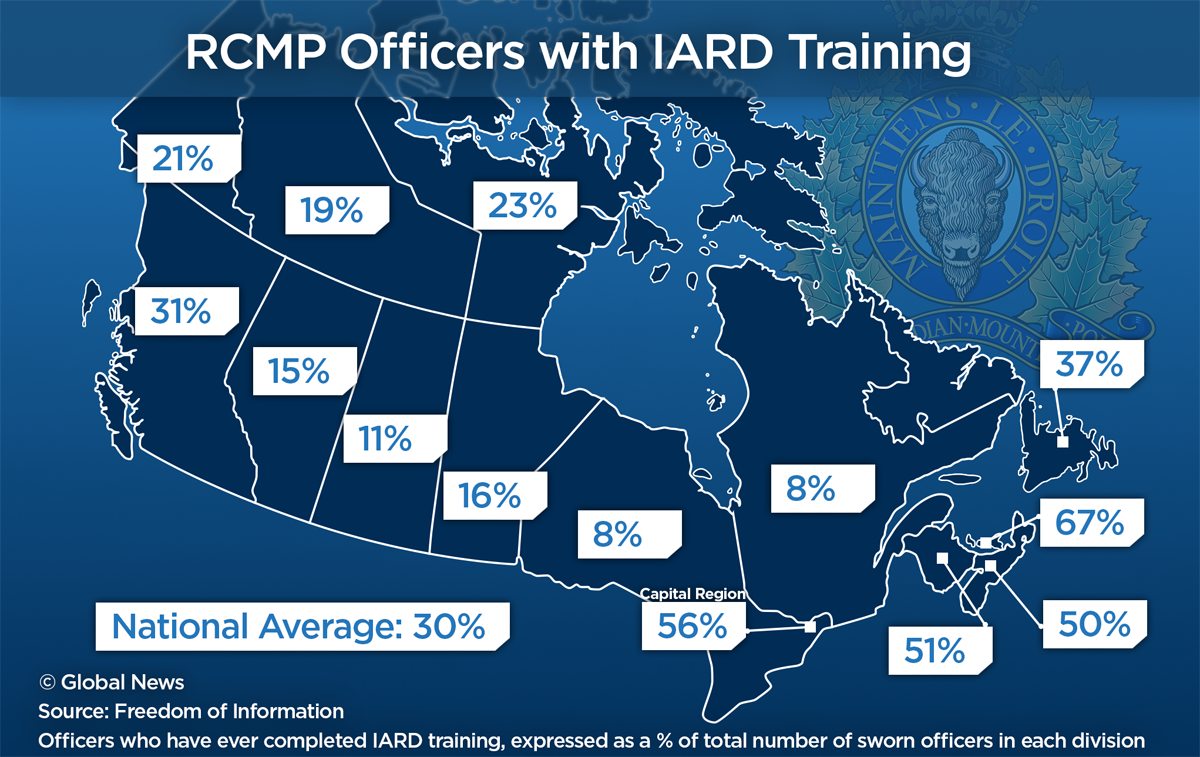 Of those officers who have the training, annual recertification is mandatory — but again, the numbers are dismal: only 21 per cent of those officers requalified in 2014. Of the total number of sworn officers in the country, only 10 per cent recertified in the past year. 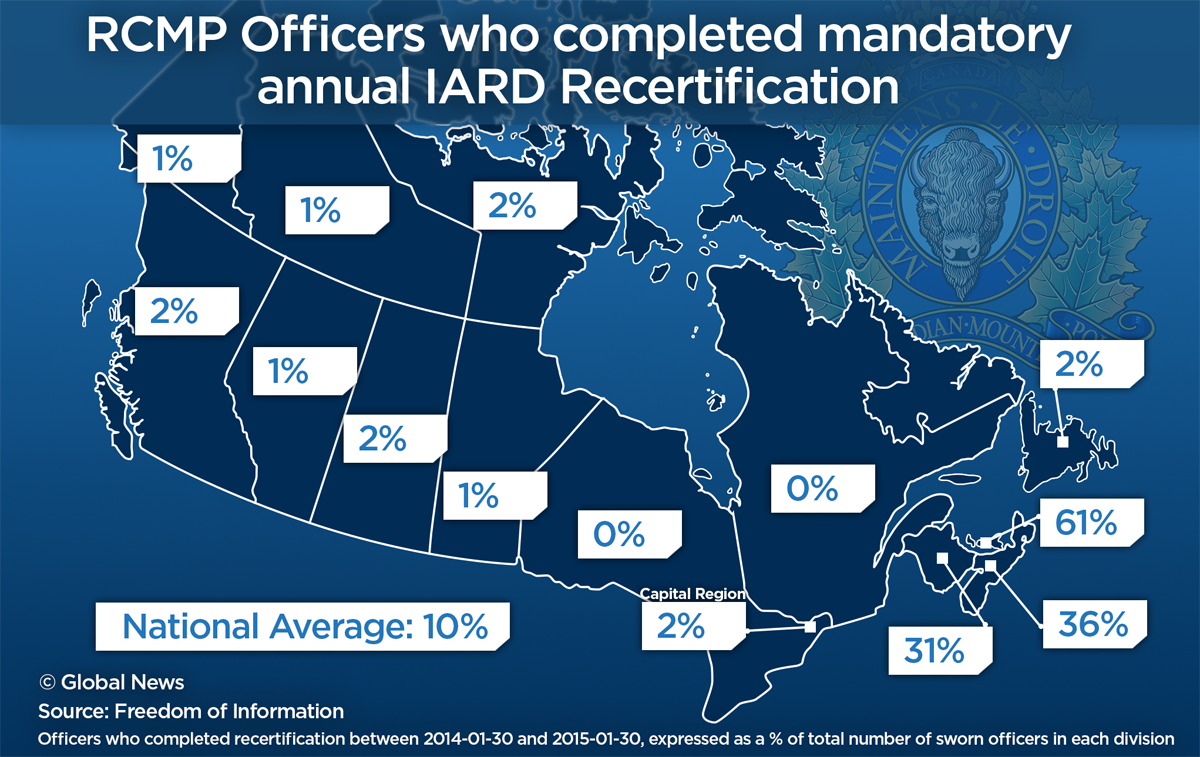 “It’s not adequate,” says S/Sgt. Abe Townsend, a national staff representative. “It’s not acceptable for our members that they don’t have the requisite training to be safe in their workplace… as safe as they can to ensure public safety.”

Immediate Action Rapid Deployment training was initially conceived to simulate school shootings only, but some police forces have integrated outside, street-based scenarios as well.  This was not offered to RCMP officers in Moncton prior to June 4th – but according to members has since changed.

Tactical trainers like Keith Hanson, who runs a U.S.-based, private training company suggests police agencies that think they can bypass Immediate Action Rapid Deployment training are playing with fire, “I would say that’s the attitude that’s going to get people killed.”

Some officers have taken it upon themselves to further their training, turning to companies like the Canadian Tactical Officers Association. “An overwhelming majority of the amount of police officers that come to the courses that we put on are officers taking time off work and paying for courses out of their own pockets,” says managing director, Nir Maman. “These are officers that are dedicated and want to make sure that they go home to their families at the end of the day.”

So worried were some officers that their concerns about a lack of training were falling on deaf ears, that in 2011 they filed a complaint with the federal government, citing urgent concerns for member and public safety. There was no action.

View this document on Scribd

One year later, the RCMP’s officer safety committee demanded answers from management asking, “Why this training is not rolling out?” But again, officers say little, if anything, changed.

View this document on Scribd
Story continues below advertisement

But there has been a shift since three officers were killed in Moncton on June 4th, 2014: an independent report recommended the RCMP adapt its training to include different environments, which the RCMP adopted. The RCMP is also considering whether to make IARD training mandatory, as other police agencies already have.

The RCMP refused to sit down with 16×9 for an interview about training and equipment concerns.

Next: Search for answers