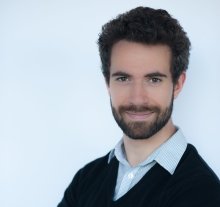 Sean Boynton is a national online journalist with Global News, based in Vancouver, B.C. He covers national and international news with a focus on politics in the U.S. and around the world.

Sean graduated from Mount Royal University in Calgary with a bachelor’s degree in journalism. He served as editor-in-chief and news editor during his tenure with the program’s in-house publication, the Calgary Journal, and was the arts editor for the student newspaper The Reflector. While in school, Sean also contributed to Calgary’s monthly music magazine BeatRoute, eventually working his way up to managing editor.

Upon moving to Vancouver, Sean continued his journalism education at Simon Fraser University and freelanced for a variety of publications, including Black Press, before joining the Global BC newsroom as a freelance online news producer. He later joined the online desk full-time, and was nominated with the rest of the team at the RTDNA Awards for their coverage of the northern B.C. murders and manhunt.

He has since covered the 2020 U.S. election, the Jan. 6, 2021, attack on the U.S. Capitol, the future of abortion care in the U.S. after fall of Roe v. Wade, and the war in Ukraine, as well as the COVID-19 pandemic in Canada and around the world. He was also part of the online team that won a RTDNA Award in 2022 for its federal election night coverage.