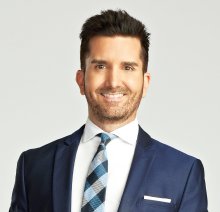 Ross Hull has had a lifelong passion for weather and broadcast journalism – his wealth of experience includes bringing weather content and climate stories to audiences on various platforms for close to two decades.

Throughout his cross country travels Ross has reported on some of the biggest weather stories in Canada, including national coverage in the lead up and aftermath of the historic Alberta floods in June 2013 along with the 2016 Fort McMurray wildfire. Closer to home, he was on the air during the December 2013 ice storm. He’s part of Global News’ team coverage of significant storms such as the historic January 2022 blizzard that hit southern Ontario.

Hull started his weather career in 2004 at The Weather Network in Ontario, later moving to Vancouver to become the network’s B.C. Bureau Chief. In 2008, Hull relocated to Calgary to work for Citytv as a reporter, weather anchor, and Breakfast Television host, getting to intimately know the variability of Southern Alberta weather.

Hull travelled back to Ontario to work for CTV in London overseeing the weather department for both London and Windsor, before moving to Kitchener for a position as Lead Meteorologist and co-host for the Noon News at CTV in Kitchener. In January of 2013, Hull returned to Toronto for a position at CBC where he delivered forecasts for CBC News Network, The National, as well as the local Toronto newscasts before joining Global News in 2014.

Born and raised in Montreal, Hull started acting at a very young age. Appearing in various television commercials and theatre productions, his performance career led to starring roles in several television series, including Are You Afraid of the Dark? and Student Bodies before he decided to pursue a career in meteorology.

Hull is a graduate of the Meteorology program at Mississippi State University and holds a Bachelor’s Degree in Radio and Television Arts from Ryerson University. Apart from meteorology, Hull enjoys staying active under all weather conditions – especially winter activities with the Canadian Bros – Jasper and Louie.