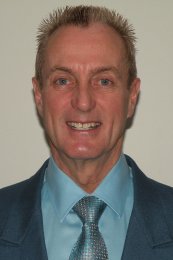 Ray Bradshaw retired from Global News in November 2015, after a successful 24 year career with the news organization.

Ray started with Global News (then MITV) in Saint John in 1991. After a year, he moved to Halifax for the launch of the show “Sportsline”.

He was a news video journalist with Global News from 2011 until his retirement, before that he had been a sports journalist for 20 years. He’s also been a part-time television host.

Prior to starting his career in television, Ray spent nine years working in radio.

Ray volunteers his time as a member of the Nova Scotia Sport Hall of Fame selection committee.

He enjoys playing baseball and slo-pitch softball. In 2013, he was part of the Nova Scotia Monarchs baseball team that became the first Canadian team to win in any age group and in any division at the Roy Hobbs World Series baseball tournament played in Fort Myers, Florida. The Monarchs won the class AA division for players over 60.