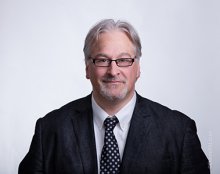 He was part of the original Global Quebec staff when it opened its station in 1997.

He started as a camera operator and editor and eventually became a technical producer.

Now back in his home province, Paul is a Video Journalist for Global News in Moncton.

A diehard Montreal Canadiens fan, he also loves to play hockey, golf and tennis – but his real passion is music.

Having toured with a few bands in his 20s, Paul’s love for drumming has not subsided, but his new found enthusiasm for learning to play guitar is currently taking up a big part of his free time.