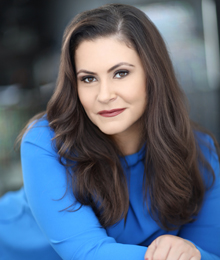 Melanie is the Assignment Editor for Global National News.

She has a passion for telling important and often under-reported stories and loves getting out in the field. She has field produced for the network in Afghanistan in 2011, where she facilitated the first-ever live blog with Canadian soldiers in a combat zone. She has also field produced for the US federal election in 2012 in Boston and for live specials, including The Royal Wedding in 2011. In 2015 Melanie travelled to Myanmar where she reported on the remarkable changes in the country for broadcast and online.

She is the recipient of several fellowships and awards including the Asia Pacific Foundation Media fellowship, the Howard G. Buffett, International Women’s Foundation fund and most recently was awarded an Arthur F. Burns Fellowship and will be working in Berlin for several months in 2016 as a recipient.

Her other two passions have always been learning and film. She has been fortunate enough to have been involved in several award-winning feature films currently in worldwide distribution, including Repeaters, CBGB and Beijing New York.

She has always been a student at heart and completed an MBA at the University of Warwick in 2015. She also holds an MA in European Studies and an MA in Journalism and was a finalist for the Martin Wise Goodman Canadian Harvard Nieman Fellowship in 2015.