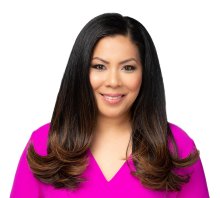 In 2005 she made the move to CityTV as a reporter for CityNews and anchor on CP24.  It was no surprise that Marianne ended up joining the Global News family; while in university, Marianne was the recipient of Canwest’s Broadcaster of the Future scholarship, helping her to pursue a career in broadcasting.

02:03
Economy
Durham Region businesses prepare to move out of red zone and into lockdown

01:47
Daylight Saving
As clocks roll back, Toronto police launch safety campaign to protect pedestrians
Favorite this tweet Retweet this Reply to this tweet

Redemption Paws, which organized the rescue, said there were an estimated one million homeless dogs in Houston before Hurricane Harvey hit. Continue reading →

Rayvonte Ball, a rising star in the Toronto-area basketball community, was on the court when he lost consciousness and weeks later still hasn’t woken up. Continue reading →

A two-day hearing into whether TTC employees should undergo random drug and alcohol tests has begun at Osgoode Hall in Toronto. Continue reading →

Parents in Brampton are calling for a school bus driver to be removed from their children’s route after students were dropped at home more than an hour late last week. Continue reading →

As Toronto city council gets set to vote on the 2017 budget, it approved a two per cent property tax increase as protests erupted outside in response to a lack of spending on social services such as affordable housing, transit and childcare. Continue reading →

Police are investigating after 16 bronze memorial plaques were stolen from two local parks and a cemetery in Oakville, Ont. Continue reading →

‘He had no fear’: Family remembers Ontario man killed in Mexico nightclub shooting

A day after a veteran Toronto bouncer and Hamilton, Ont.-based father died in a shooting outside of a Mexican nightclub, Kirk Wilson’s mother and sister are remembering him as someone who truly cared about people. Continue reading →

Andrea Gangel’s 14-month-old son Steven was diagnosed with a cow’s milk protein allergy and soy intolerance when he was just a baby, which meant he couldn’t keep down regular formula. The only thing he could stomach was a prescription elemental formula called Neocate. Continue reading →

Toronto Public Health says it is improving the way it tracks the deaths of homeless people in the city. Continue reading →

Since the start of 2016, seven pedestrians have been struck and killed by vehicles on Eglinton Avenue between Dufferin Street in the west and Midland Avenue in the east. Continue reading →

Police are reminding the public to keep medication locked up and in a secure location after a 13-month-old Whitby, Ont. boy died last month from ingesting a morphine pill found in a family member’s home. Continue reading →

Toronto students shave their heads in support of sick classmate

Razors were buzzing Friday at an east-end Toronto school where students and teachers shaved their heads in support of a classmate fighting cancer. Continue reading →

A Toronto mother of three says her arm was injured after getting the flu shot four weeks ago and it has caused her pain and limited mobility. Continue reading →

An anonymous donor has paid off the outstanding hydro bill of a Kingston, Ont. couple profiled by Global News on Monday. Continue reading →

Toronto continues to hold the unenviable spot of having the highest percentage of children living in low-income families among Canada’s major cities, according to a new report released Monday. Continue reading →

Brady Tkachuk had a goal and two assists, Matt Murray made 20 saves in his Ottawa debut, and the Senators defeated… twitter.com/i/web/status/1…

UPDATE: Halton Regional Police say a male has been taken into custody after an hours-long standoff at an Oakville h… twitter.com/i/web/status/1…

According to the unofficial byelection results posted on the City of Toronto's website tonight, Nick Mantas beat ou… twitter.com/i/web/status/1…