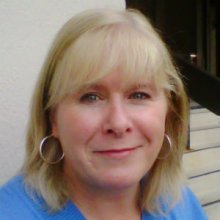 Helen Branswell is the medical reporter for The Canadian Press, Canada’s news agency. In more than 30 years as a journalist, she has covered a range of beats in bureaus across Canada and in Europe, assuming CP’s medical reporting job in 2000.

Based in Toronto, she covered that city’s SARS outbreak in 2003, discovering in the process an affinity for infectious diseases reporting. She reports on a range of health issues, but specializes in infectious diseases ­– things like bird flu, polio and the new Middle Eastern Respiratory Syndrome virus, or MERS. She is especially interested in zoonoses, animal diseases that spill over into the human population.

She received a 2004 Knight Public Health Journalism Fellowship at the Centers for Disease Control and Prevention in Atlanta, where she spent three months working with scientists in the hospital infections and influenza branches. She was a 2011 Nieman Global Health Fellow at Harvard University, where her work focused on polio eradication.

In August 2013, Wired Magazine named her in its 101 Signals segment on essential blogs, Twitter feeds and Tumblrs to follow.

With over 3,700 cases and nearly 2,000 deaths, this outbreak exceeds all previous known Ebola cases combined.

The Ebola outbreak in West Africa is a story about the people whose families are being wiped out, and those who are trying to stop the spread of this hellish virus.

Since mid-May there have been five confirmed MERS cases in Iran’s Kerman Province, the first reported in the country since the virus first emerged in 2012.

Today the director of the U.S. Centers for Disease Control made a startling announcement.

People may be tempted to blame the authorities, but the answer hits closer to home.

The Hajj, the biggest gathering in the Muslim calendar, also risks the spread of diseases, including MERS.

This week experts from around the world will begin meeting to advise the World Health Organization on the new MERS coronavirus.

The Detroit-area artist is cooperating with authorities, his attorney said Sunday. trib.al/QVX6DkE