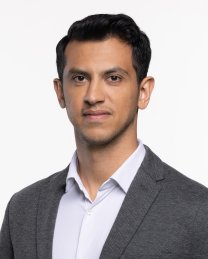 Emad Agahi joined Global News in February 2021. He is an experienced video journalist who previously worked for CTV News in Prince Rupert, Winnipeg and Vancouver.

During his time with CTV, he covered important local stories, including notable events such as the 2019 Metro Vancouver transit strike and the 2016 Manitoba tornado season. His past work experience also includes time spent as a Digital Media Specialist with the Vancouver Whitecaps FC. In this role, he spent time producing online content and reporting for TSN.ca.

Emad studied English Literature at the University of the Fraser Valley before transferring to BCIT. He graduated from the Broadcast and Online Journalism program in 2015.

Emad grew up in Maple Ridge, B.C. after moving with his family to Canada from Iran at a young age.

Away from work, he’s a runner, avid music fan and fantasy baseball enthusiast.