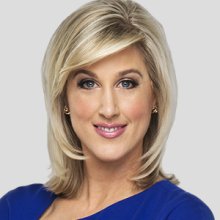 Anne left B.C. to pursue her journalism career and worked in Red Deer, Alberta, before spending the next five years in Halifax, Nova Scotia at ATV (CTV). There, she was awarded a silver medal for “Best New Journalist” from the Atlantic Journalism Awards. In addition to reporting, she also anchored the early morning news. Anne was also the host of CTV’s Good Morning Canada, the network’s weekend national breakfast show.

Anne’s most memorable moments were reporting in Hurricane Juan and 9/11 when many of the planes were diverted to Halifax International airport and what the city looked after thousands of stranded passengers.

But Anne missed her native West Coast and returned five years later where she is enjoying being back home on the North Shore and working for Global BC, the station she grew up watching.

Anne is the consumer reporter for Global News Hour at 6.

When she is not reporting, Anne can be found on the ski slopes or running. It’s no surprise since she was a competitive track and field athlete for years and ran for UBC’s varsity team at the national level. She also loves to travel and testing her patience at golf.