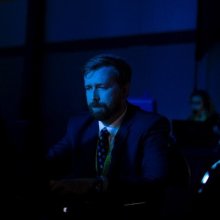 Alex Boutilier is a senior national reporter with Global’s Investigations and Enterprise team based in Ottawa. Boutilier focuses on national security and cybersecurity issues, policing and the Conservative Party of Canada.

Before joining Global in October 2021, Boutilier worked at the Toronto Star’s Ottawa bureau for eight years, and with the Metro papers in Halifax and Ottawa before that. His reporting career has taken him all over Canada – from Fort McMurray to Cape Breton to Arctic Bay. He’s yet to report from Newfoundland and Labrador but it’s on the list.

Boutilier has been reporting on Parliament Hill since 2013, and previously reported on provincial and municipal politics in Nova Scotia, as well as city politics in Ottawa. He was nominated for a National Newspaper Award in 2017 for his political reporting.