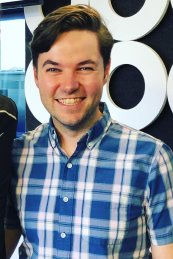 Alan’s first job in journalism began at the age of 16, when he started working as a sports writer for the best-selling newspaper in his hometown of Carlow, Ireland. After graduating from Dublin City University’s B.A. in Journalism, he spent three years working at Ireland’s national commercial radio news service, Newstalk 106-108 FM.

He moved to Vancouver in 2014 and became the editor of an online news service for fellow newcomers in Canada. Alan joined 980 CKNW in February 2018, and is now the lead producer of the Lynda Steele Show – the perfect role for someone who is obsessed with news and radio.