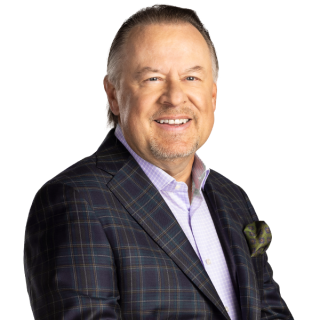 He’s intelligent, opinionated, and not afraid to tackle issues that some might deem politically incorrect. One of Toronto’s most respected and experienced broadcasters, John Oakley’s articulate and thought-provoking discussion will ensure listeners are never at a loss for information or dinnertime conversation.

Oakley’s unique brand of smart and controversial radio, mixed with a healthy touch of humour, has engaged and entertained an audience that has ranked his show #1 among Adults 25-54 on the competitive AM radio band in Canada’s largest radio market.

Unifor Local 199 President Greg Brady told AM640 the union is concerned about a new government plan which could lower labour costs and expenses to turn a larger profit.

If you can read this then you have not been hacked… yet! We will get into everything you need to know about the “Wanna Cry” breach plus new workplace rules being proposed in Ontario, and music in school on the decline. All that, plus more ‘topics worthy of discussion’

Weekend recap of the Oakley Show.  Check in on what you missed. Discover talking points for Sunday dinner!   OPSEU says tackling probation violations requires realistic funding The Ontario Public Service Employees Union (OPSEU) is calling on the provincial government to provide an immediate funding boost to reduce the number of outstanding arrest warrants for…

Another electrifying show includes leaked documents on hydro, and picket lines at the zoo, plus topics worthy of discussion. Hear it again!

Putting words in your mouth! The big stories of the day include TTC workers drinking, Freshii calling calories on menu boards simplistic, and Ontario nursing homes serving healthier foods to seniors. Feast your ears on the show and hear it again!

It’s all about the money! From the Trudeau government spending it, to the fact that you may not have enough. Hear it again!

Back after the weekend and it’s a great day for talk radio. The stories and story makers that matter on another edition of the John Oakley Show. Hear it again!

Heading into the weekend commute Oakley had you covered by arming you with all the news, stories an opinions for that Sunday dinner. Hear it again now!   New federal law aims to reduce overdose deaths The Good Samaritan Drug Overdose Act was introduced as a private member’s bill last year by Liberal backbencher Ron…

Toronto police say a man was injured in a stabbing at Ashbridges Bay Park on Victoria Day Monday. trib.al/MGm6Ts3

The sex assault trial of Canadian musician Jacob Hoggard is set to resume in Toronto on Tuesday. trib.al/emgIKEL

Ontario's privacy watchdog is looking into the dossier of information the City of Toronto compiled on homeless peop… twitter.com/i/web/status/1…