Hamilton LRT was ‘a condition’ of a bigger transit deal between province, feds

Canada’s minister of infrastructure says a bump in Hamilton’s LRT funding was a condition for Ontario to get a “bigger” deal from the federal government to build extensive GTA transit projects.

Catherine McKenna told Global News she pushed the province to come back to the table and “significantly increase” their commitment to a transit infrastructure build for Hamilton.

“Look, this was a really tough deal. You know, this theology has gone through ups and downs,” said McKenna.

“It was canceled at one point by the province, but they wanted to build a lot of projects in the GTA, and I said ‘we’re making sure Hamilton is part of that?'”

In February, the Ministry of Transportation (MTO) submitted proposals through the Investing In Canada Infrastructure Program (ICIP) which focussed on four Toronto-based projects and the Hamilton LRT proposal.

The Hamilton application was based on technical analysis from a transportation task force which suggested the LRT was the best option for spending $1-billion in funding committed by the province.

The LRT proposal put forth by transportation minister Caroline Mulroney made a $1.5-billion ask for Hamilton from the federal government to cover the cost of building an estimated $2.5-billion LRT to run from McMaster University in the west to Gage Avenue in the east.

After months of negotiations, the federal government agreed to match $1.7 Billion put on the table by the province.

McKenna, a Hamilton native, suggested the upping of the financial commitment from both sides would build a longer line in an effort to get more cars off the road and create better commute times.

“So we were able to get them back to the table, also significantly increase their commitment to $1.7 billion,” McKenna said.

“And it was always a condition of the bigger deal.”

On Thursday, Ottawa and Queen’s Park made the combined $3.4-billion funding commitment official, with those costs split down the middle between the two.

The 14-kilometre LRT will have multiple connections between Eastgate Square through downtown Hamilton to McMaster University.

The resurrection of Hamilton’s LRT started with a pitch from the Labourers’ International Union of North America (LiUNA) in August 2020 which suggested the funding split in a bid to get the project restarted.

Premier Doug Ford made a plea for “help” from the federal government in September 2020 to tackle Hamilton’s struggles with new transit projects and a possible LRT project.

During a press conference at Mohawk College, Ford acknowledged the proposal from LiUNA and a potential plan for a Hamilton LRT project, after the previous outline was cancelled in 2019 over budget concerns.

“I had a great meeting with Mayor (Fred) Eisenberger and we’ve agreed that we’re going to work together,” Ford said.

Ford suggested that the next move needed to come from the federal government and that with federal and provincial contributions plus support from LiUNA, the project could “get going.”

Read more: ‘We need you at the table,’ Ontario premier tells feds on plan for Hamilton LRT

Joe Mancinelli, LiUNA’s vice-president and regional manager for Central and Eastern Canada, believes every dollar that is spent on the LRT leverages economic activity in the city and could equate to at least five times the capital costs of the system.

“Our $10-billion pension plan has over a billion square feet of residential and commercial construction already underway and being constructed in downtown Hamilton right along the line,” Mancinelli said.

“And so it shows you that the private sector is going to be investing a ton of money along the route as well.”

Mulroney says the next step in the process will be engaging the city, Metrolinx and Infrastructure Ontario to develop a business case before putting out procurement packages.

“In terms of the timing, you know, we did a lot of work around the business case. We will be refining that and that we’re looking to get the procurement restarted as quickly as we can,” Mulroney said.

The minister says operating and maintenance costs will also be evaluated in discussions with the city and the province, particularly on the role of farebox revenue.

Hamilton Mayor Fred Eisenberger said the most “critical piece” of the deal will be the memorandum of understanding between the governments and a sign-off from city council.

The mayor suggested on Tuesday in an interview with Global News that the issue of day-to-day operating and maintenance costs has actually already been committed to by the city.

Eisenberger believes the latest LRT announcement is essentially the same project agreed to with the former Kathleen Wynne Liberal government and those costs were already agreed to.

“I’m optimistic because this is essentially the project that we started with back in 2005,” Eisenberger said. 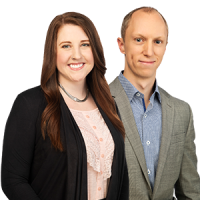