Alberta has downgraded its fire ban to a fire advisory due to favourable weather.

Minister of Agriculture and Forestry Devin Dreeshen said in a tweet Tuesday that 243 fires have been extinguished by crews this spring.

The fire ban, which covered the Forest Protection Area, provincial parks and protected areas, was put into place in mid-April as a measure to slow the start of the wildfire season.

While some municipalities and specific parks still have bans in place, the majority of the province is now under the advisory.

Due to the great work of @AlbertaWildfire during #COVID19AB and favourable weather Alberta’s fire ban has now been reduced to a fire advisory. 243 fires have been extinguished this spring.

Under an advisory, Albertans can participate in most recreational fires, including campfires, backyard fire pits and charcoal briquette barbecues.

Burning fires without a permit, and unattended and unsafe campfires are not allowed under the advisory.

Campfires do not need a permit.

Alberta’s wildfire season started on March 1, one month earlier than any other province. It typically peaks in late April or throughout May.

While the ban in the Forest Protection Area initially included off-road vehicle use, that ban was lifted on May 22 due to high precipitation in the province.

Because of the precipitation in many areas of the province, the off-highway vehicle restriction has been lifted. This restriction can be phased back in if needed to address wildfire risk area-by-area.#ABwildfire pic.twitter.com/Umw5gMPTGF

Alberta Wildfire restrictions can be phased back in as officials monitor conditions daily.

Federal scientists have forecasted that Alberta could see a late fire season this year with an elevated threat of wildfires starting in June that could stretch into September. 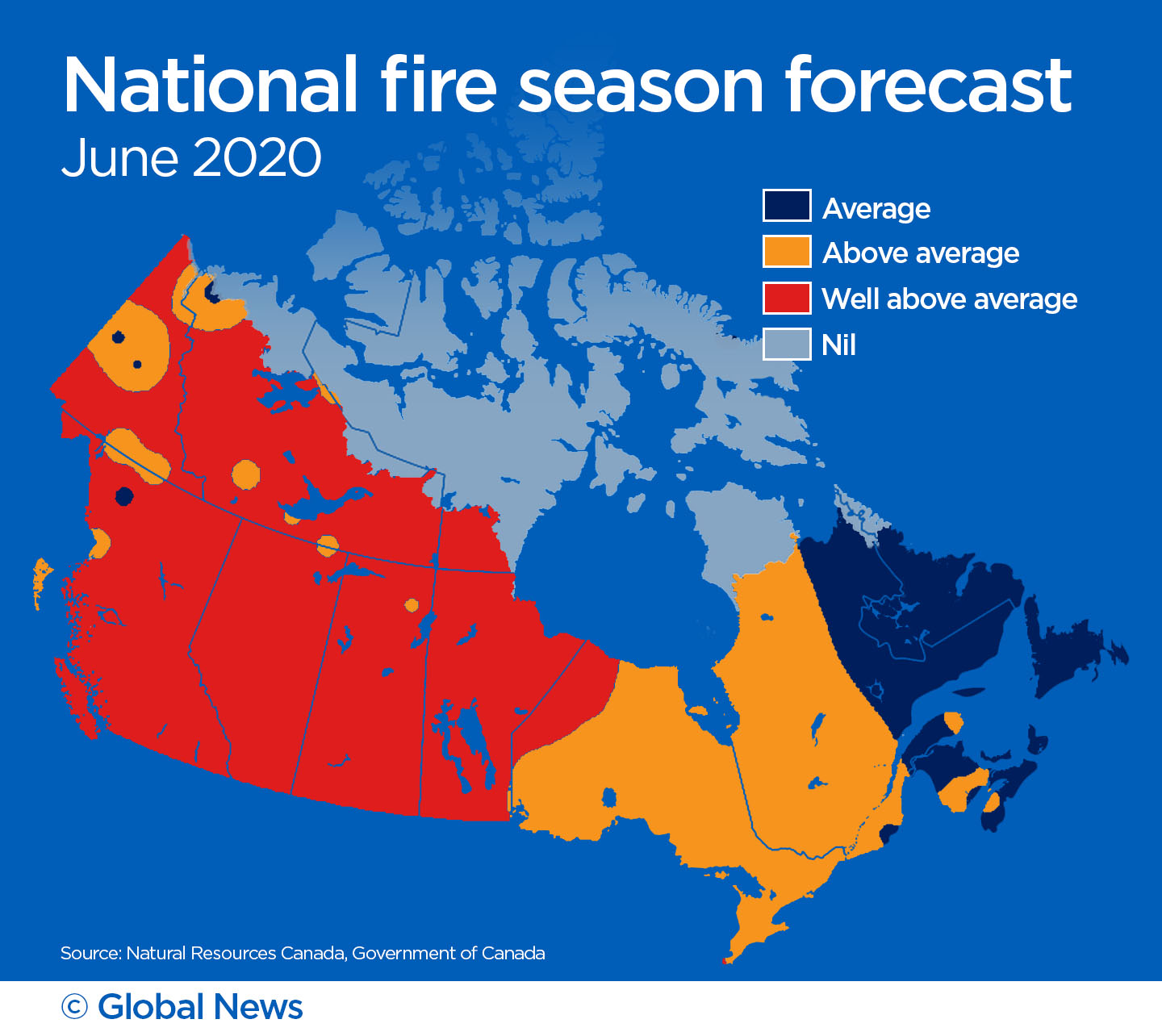