Hamilton police have issued an arrest warrant for a man wanted in an alleged assault on the Waterfront Trail.

A couple told police they had been assaulted by a man on a bike near Wild Waterworks at Confederation Park on July 7.

READ MORE: Hamilton police looking for cyclist after alleged assault on the waterfront

Police say they have identified the suspect as Roderick Campbell, 53, of no fixed address.

He is wanted for assault with a weapon, assault and failing to comply with probation.

Roderick Campbell (53yrs), now wanted for the assault of a couple on July 7, on the waterfront trail. HPS is concerned there may be other victims. Anyone with info is asked to call 905-546-2963. #HamOnt https://t.co/DpBqIeTDt6 pic.twitter.com/qMTtCHeOzb

Police are concerned there may be additional victims who have yet to come forward.

Police are asking anyone who knows of Campbell’s whereabouts to contact the Division Two Staff Sergeant’s Office by calling 905-546-2963. 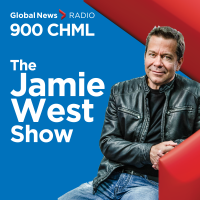