Chris Meloni on Season 2 of ‘Happy!’: ‘I’ve never been happier’

Season 2 begins with Easter on the horizon — a season of hideous pastels, dye-stained fingertips and a general “who really gives a f**k” attitude. A newly sober-ish Sax finds himself struggling with the demands of family and fatherhood.

He has sworn to do right by his ex-wife, Amanda, and his daughter, Hailey, which means no booze, sex, drugs or killing.

Happy, meanwhile, is resigned to keeping his partner on the straight and narrow while coping with the fact that a maturing Hailey can no longer see him.

Sax’s fresh start will be tested by a familiar enemy: Sonny Shine, who is on a mission to Make Easter Great Again (MEGA) with the help of his demented Easter Bunny henchman.

Global News sat down with Meloni in Toronto to talk about Season 2 and the future of Nick Sax.

Global News: First of all, I love this show! My best friend Madi and I stumbled upon it on Netflix and we watched the whole first season in two days because there is nothing like this out there. We were so addicted and needed to know what was happening so we couldn’t stop watching. And at the end, I told her there must be a Season 2 on the way. And here we are today talking about it.
Chris Meloni: Thank you! Hopefully, we’ll be saying ‘there’s got to be a Season 3.’

There is really nothing out right now that is similar to this show. How would you describe the show in your own words for someone who’s never watched it before?
Graphic, insane, heartfelt, myth. There’s a mythology to it. I think that’s kind of the spine to it.

This series was based on a graphic novel by Grant Morrison and Darick Robertson. Did you make Nick Sax your own character or did you go off of the graphic novel?
Absolutely my own because I found —and I’m not being disparaging. I’ll explain — I found Nick Sax in the graphic novel too angry. I think that when I portray being overly angry there’s no fun in it. It’s really very jarring and a jarring energy. So I thought ‘yeah, I don’t think that will play.’ I kept seeing the comedy in it. And granted the script that they wrote was far more comedic. That was Grant Morrison and Brian Taylor who translated to a script. The comedy was in there and I thought I’d play to a strong suit I think I possess which is physical humour, few physical comedy — fusing those together.

What is Nick Sax dealing with in Season 2?
Trying to live a normal life which you might as well say he’s trying to get to Mars. I mean it’s so difficult for him to attempt sobriety, attempt an actual relationship of meaning and love with his daughter when he has no clue how to feel connected to anyone. He’s never been connected to anything or never knew what love is. And he’s trying to live a straight and narrow life but you’re not only killing one of his hobbies, you’re killing his main source of income which is killing people.

Is there any comedic limits for you in the show or anything you are not willing to joke about? I mean the first season was based around child abduction.
What? Child abduction isn’t funny now? (Laughing). Look I got sodomized with a strap-on in Season 1, I think my limits are kind of… yeah.

As a viewer, the series is so entertaining and it’s one of those things that you can’t stop watching. Did you think that a lot of people would be as addicted to the show as they are now, patiently awaiting Season 2?
I thought people would be — only because I was hungry for it. To me the golden age of television is right now with so many platforms out there thus there’s a lot of competition for unique programming and one of a kind unique programming. I thought if this appeals to me and this is what I’m hungry for I just got to assume other people are hungry for it. And sure enough, it’s been very funny because on the page it’s a very difficult sell. I’ve had more people tell me that ‘you know, I don’t know. I saw you and I liked you but then  I’m like what’s with the cartoon then?’ They think it’s gonna be one thing yet but we really threw them a curve. So once they finally do sample it more times than not there they’re interested.

When you’re shooting a scene with Happy in front of you is it just you talking to the camera?
Well, I think it’s fair to say I kind of lead the charge because it’s me having a scene with something that’s not there. We just kind of set it up me vis-à-vis to the camera. And then where do we want Happy, what side of the camera, and is he going to move? And I think he moves over here on this line and then he comes back. I kind of orchestrated a little bit with the help of cameras and the director.

How does it feel to be executive producer of this show? Has the experienced changed for you as an actor?
It feels all-powerful. I will destroy (laughing). Look — it feels great. It’s like giving a child a car. It’s really cool but I’m not quite sure I know how to use this power that I have. But you just have a little bit more say in things.

Is there any room for improv in the series or is it strictly to the script?
There’s always improv. A great example of that was in season one when I first meet Smoothie (Patrick Fischler) and he’s going to torture the password out of me and they have me strapped down to the gurney. I’d say that 25 per cent was improvised whether it’s to fill the gap or to kind of poke fun.

How is the atmosphere on set?
It is calm, focused, loving and under an umbrella of ‘obviously let’s do this’ but also ‘let’s figure this out.’ Because this is not your dad’s storytelling. There’s always something to figure out.

How does Happy! compare to everything else you’ve worked on? Does it stand out more for you since you are an executive producer?
No, that has nothing to do with anything for me. What’s been different is I’ve never been happier. And I think I just really appreciate the storytelling sensibility and I love all of the characters so much and the actors, the people that play them. I love Nick Sax and I love Happy. I love them.

Did you ever think the audience would fall in love with the relationship between Nick Sax and Happy? Because when you two fight I feel like the viewers are invested in that fight. I always think ‘oh man, they need to make up and become friends again.’
Well good! I think a lot of that goes to Patton Oswalt and what he brings to the table. And it also goes to the people who built Happy. He is built in Scotland from a computer graphic place there. What they do, and Bryan Taylor the leader of Happy!, is constantly tweaking with Scotland about how to do things. In Season 1 ad-libbed when Happy starts dancing. I said ‘What are you doing? Is that jazz hooves?’ And the guys in Scotland didn’t know what jazz hands were. 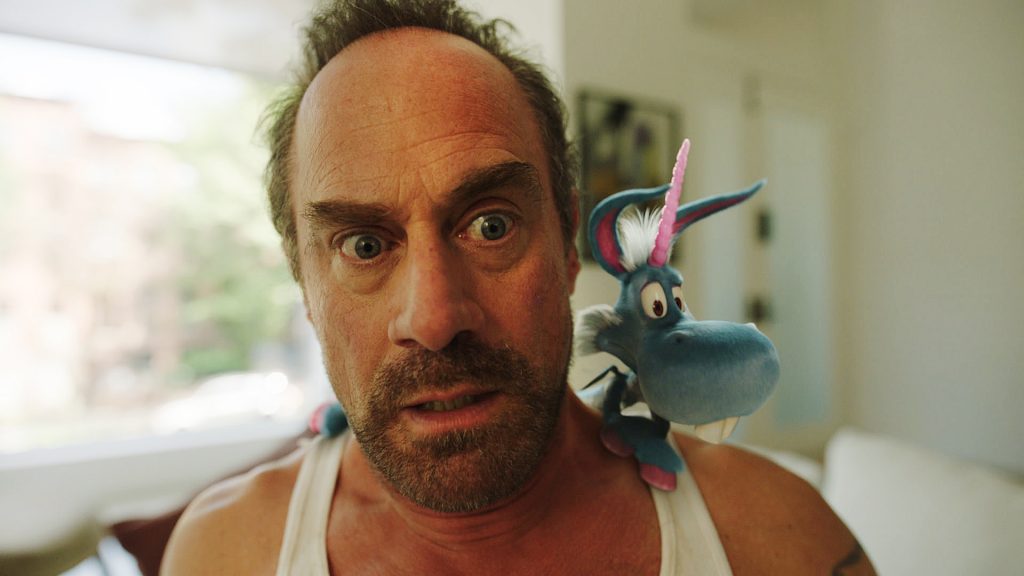 How would you describe Season 2 in one word or a hashtag?
#YouNeverSawThisComing.

[This interview has been edited and condensed.]
Story continues below advertisement 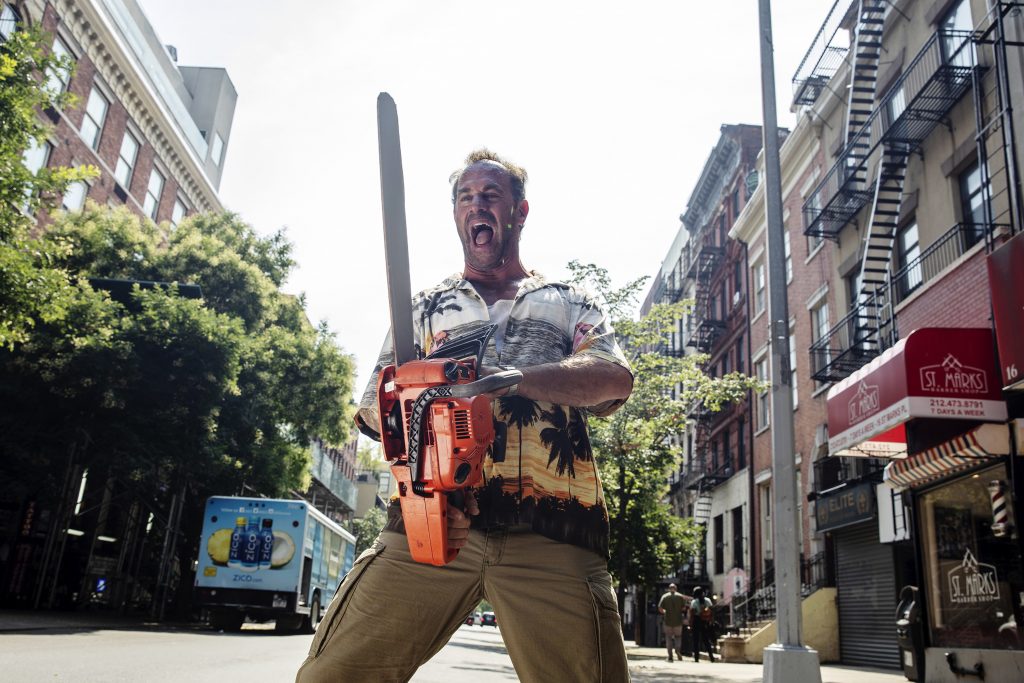