A grandmother was washed out into the Icelandic sea while posing for photos on an “Iceberg Throne” when a large wave dislodged the chunk of ice, sending it drifting away from shore.

Earlier this week, Catherine Streng received several text messages and photos from her father about his trip to Iceland with his mother, detailing the grandmother’s misadventure. Streng shared the near-disastrous tale of her grandmother on social media.

“My grandmother almost got lost at sea in Iceland today,” Streng wrote, alongside some photos.

The funny-yet-scary images show the grey-haired woman sitting on a chunk of ice in the shape of a lounge chair. 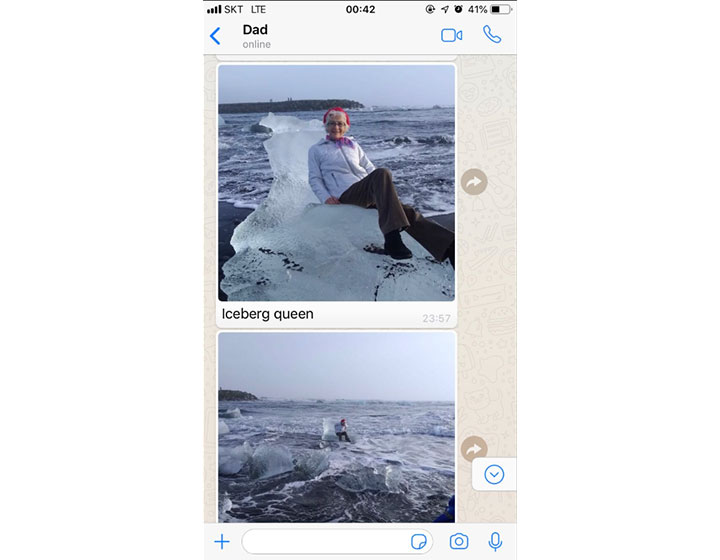 Another image shows the elderly woman, still sitting on the iceberg, floating away into the Icelandic waters.

“Lost her kingdom when she drifted out to see! [sic],” reads the photo caption. 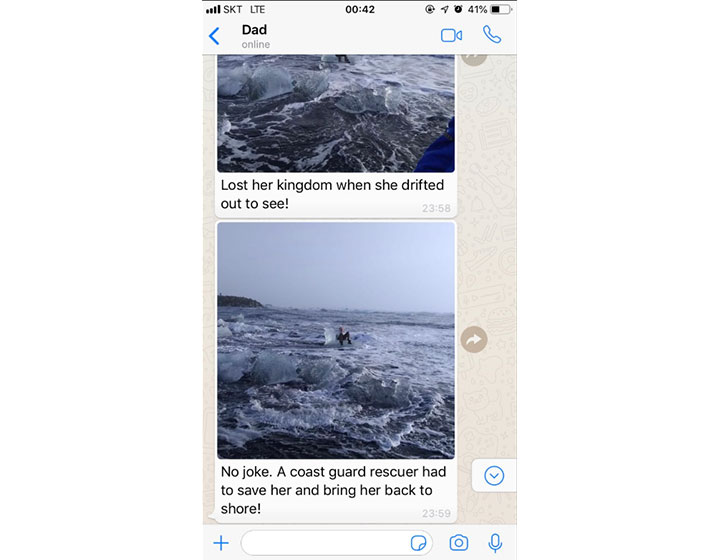 The woman was rescued by another tourist nearby, who happened to be a boat captain, as he waded into the water to grab the grandmother.

Streng shared the conversation she had with her father about the incident with Storyful, and explained to the news service exactly how the entire situation unfolded.

Streng said her family is based in Texas but they enjoy travelling and it didn’t surprise her that “my grandmother and father decided to go to Iceland.”

“My father described [the incident] the following way,” Streng said. “She ascended the throne after a wave had pulled back and left it briefly exposed on the beach. Then a wave washed in and dislodged the ice throne, rocking it from side to side. When the wave retreated, it lifted the dislodged throne and carried her out with the tide.”

READ MORE: How Instagram has transformed how people choose their next vacation destination

Streng noted her father has a PhD in English and was an English teacher “so he’s pretty good with imagery.”

Speaking with ABC News, the grandmother had a good laugh about the incident.

“[The iceberg] was shaped like an easy place to sit, you can tell by looking at the shape of it. And I thought ‘Well that looks like fun,’” the woman said. “But when I got on, it started to totter and a wave was coming in, a very large wave came in and made the throne rock and I could tell I was slipping off.
Story continues below advertisement

“I don’t weigh very much so, it was a little easier to float off with me I guess,” the grandmother said.