Winnipeg Transit plans to install safety shields on all buses

Winnipeg Transit is planning on installing safety shields on all buses, beginning this year.

The cost to purchase shields for all 630 Winnipeg Transit buses is estimated at $3.15 million.

ATU Local 1505 president Aleem Chaudhary says the union is pleased with the report, but they are still hoping for more to be done.

“This is one of the first steps, but we want to see more,” Chaudhary said. “We do want to see a  transit police department, so we’ll work with the city and the transit department to get that done.”

The union has been calling for more safety measures since the murder of driver Irvine Jubal Fraser in February 2017. 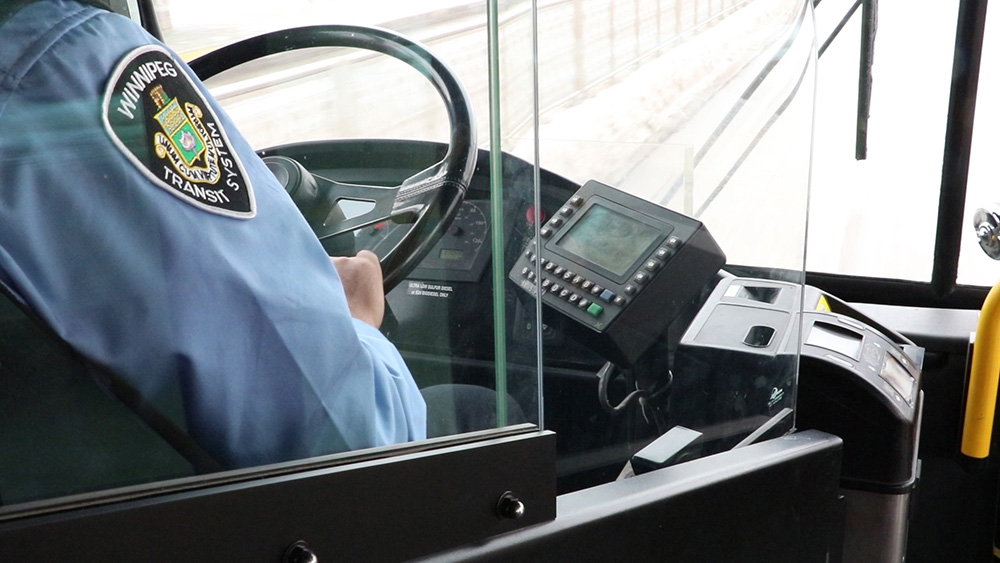 After testing a selection of shields, Transit shared a video of the model selected to be installed on all buses Wednesday.

“It has been taking too long, it’s been slow moving,” Chaudhary said.

The city launched a pilot project on six buses which wrapped up in August 2018, allowing drivers to test different types of shields. More than 700 drivers tested out each shield and were able to fill out a survey sharing which one they preferred.

If approved, the shields will be purchased from AROW Global, which specializes in transit window systems, and will be an adjustable pane one-piece door design.

“This model will be a shield that will have an adjustable piece so operators can open it and close it if they feel they need that enhanced protection,” Randy Tonnellier, Winnipeg Transit operations manager said.

Winnipeg Transit wants the shields to be installed in the next three years. St. Boniface councillor Matt Allard, chair of the infrastructure renewal and public works committee at City Hall, said if approved, the timeline will depend on a number of factors.

In other cities, shields have taken anywhere from 18 months to 10 years to be installed. Toronto put shields on all 1,800 of their buses in a span of two years. Translink in Metro Vancouver is installing on their fleet of 1,300 buses and hopes to be done 75 per cent of their fleet in 10 years.

Brampton plans to install the shields on 422 of its buses in 18 months, while Edmonton has no timeline yet on when its fleet of 900 buses will all have shields put in.

Chaudhary wants all the shields installed in the next year or year and a half.

The report will be presented at next week’s Standing Policy Committee on Infrastructure Renewal and Public Works meeting and if approved, will be referred to the 2019 budget.

Winnipeg Transit also opened several bus inspector stations downtown on Dec. 20 at strategically-chosen downtown locations. But Chaudhary said those inspectors have been not properly trained for security purposes and hopes they can receive training soon.