‘It’s been hell’: How fraudsters use handsome soldiers to prey on lonely hearts over the holidays

Retired U.S. Army Col. Bryan Denny has broken more hearts than he may ever know, and he doesn’t want to break any more.

The 51-year-old husband and father spent half his life in the military. He fought in Iraq and Afghanistan, but for the last two years, he’s been fighting an army of scammers who “look” exactly like him — at least online. They use his photos to pose as soldiers on Facebook and dating sites, where they trick women into surrendering thousands of dollars in cash and gift cards in the name of love.

At least 29 women have contacted Denny claiming to be in love with him, only to discover they’ve emptied their bank accounts, sold their homes or plunged themselves into debt for a beau who doesn’t exist. He estimates scammers have used his face to steal at least $347,000, based on the amounts victims have reported to him.

“Every week you’re breaking up with somebody who didn’t know this was going on, didn’t realize they were being scammed,” Denny told Global News from his home in Williamsburg, Va. “It’s emotionally draining.”

He reports every fake account he sees on Facebook, but new ones emerge faster than he can wipe them out. He estimates he’s found approximately 3,000 accounts using his photos in the last two years.

Denny is one of several soldiers whose photos have been used to create fake dating profiles amid a global surge in military romance fraud. He says fighting identity theft is exhausting, especially when it’s widespread. He gets tired of chasing down fake profiles. Then he’ll see a fake account using a photo of his kids, or one with a now-deceased soldier, and that will draw him back into the fight.

Last year, for instance, a handful of fake Facebook accounts were created using images of Cpl. Nathan Cirillo, the Canadian military reservist killed in a terror attack on Parliament Hill in 2014. The photos sparked widespread outrage in Canada, prompting Facebook to step in and delete the accounts.

WATCH BELOW: Top holidays scams to watch out for over Christmas

However, fake accounts using other soldiers’ photos continue to circulate online. That’s why Denny is lobbying the U.S. government to tighten its laws around identity theft, so social media companies can be held responsible for hosting scammer accounts.

He says the holiday season is a particularly dangerous time for romance scam victims because fake “soldiers” will often pressure them for expensive gifts or pre-paid airline tickets.

“Baby, I want to come see you for Christmas,” they might say before asking for flight money and thousands of dollars for release forms.

Global News spoke to several victims who say they’ve been targeted by this strategy.

The FBI, the RCMP and local police investigate allegations of identity theft, wire fraud and romance scams. However, they don’t have the power to arrest and prosecute suspects outside North America, where it’s believed most of the scammers are located.

WATCH BELOW: Romance scams – what they are and how to avoid being a victim

“We have made several recent improvements to better combat impersonation,” a Facebook spokesperson told Global News. “We know we have more work to do and we will keep sharing updates as we make further progress.”

Romance scams are the most financially devastating type of fraud to affect Canadians every year, although their full financial impact remains unknown, according to the Canadian Anti-Fraud Centre (CAFC). For example, Canadians reported losing $19 million to romance scammers last year, but the CAFC estimates only five per cent of all scam victims actually report such crimes.

The CAFC estimates Canadians lost $17 million to romance scams in the first 10 months of 2018.

Over 15,000 Americans lost the equivalent of $283 million to romance or confidence fraud — a similar kind of deception convincing victims to trust the scammer — in 2017. Australians reported losing $20 million last year to romance fraud, while Brits lost more than $69 million.

“Dating and romance scams try to lower your defences by appealing to your romantic and compassionate side,” according to the Competition Bureau Canada’s little black book of scams.

Most victims are divorced, widowed, retired or disabled women over the age of 45 who are eager to connect with a friendly face online, according to the Australia-based Fraud Watch International. That makes them vulnerable to a seemingly random friend request from a handsome, 50-something soldier on Facebook.

Mertie Telford, of Jacksonville, Texas, says someone tried to scam her using a photo of Sgt.-Maj. Raymond F. Chandler, a top advisor to the U.S. Army Chief of Staff. The scammer reached out to her on Facebook and claimed after a few months that he was in love with her. 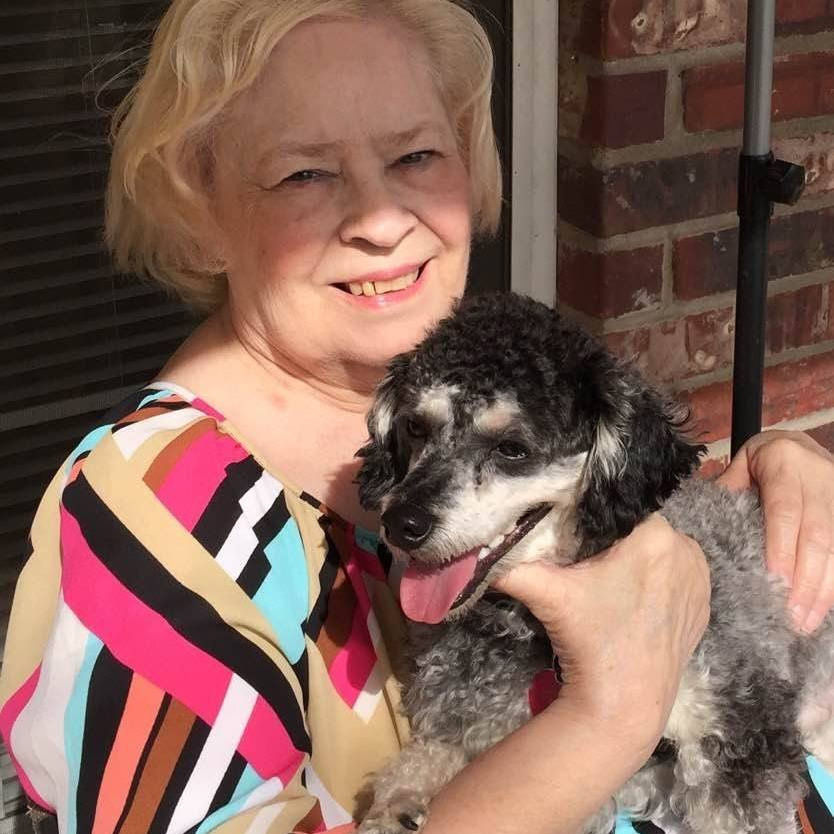 Eventually, he asked for $4,200 to secure his leave from Afghanistan. Telford figured out she was being scammed when she looked up his fake name, “Francis Chandler,” on Google and discovered the real Chandler’s Wikipedia page. She never sent him any money.

“I wish I had known what I know now — it would have saved some heartbreak,” she said.

Diana Chromey, of Minnesota, says two men defrauded her of $15,000 over two years. One claimed to be a soldier stationed in Afghanistan. The other said he was an oil and gas engineer.

“Money is not love Diana. But money makes love get stronger and sweeter,” the fake soldier once told her via text message, after she complained about sending him money.

Chromey eventually confronted the suspected scammer, but he did not cut off contact. Instead, he started to harass her, calling her in the middle of the night to insult her and sending her cruel photos and videos.

“He pushed me to the point where I was going to take my life and I had a nervous breakdown,” Chromey told Global News. She says a friend helped her get through the personal crisis, but it took her over a year to recover. She also reported the incident to police but has not been able to recover her money.

Canadians have also fallen prey to these scams, including 622 victims in the last year. One Toronto victim lost $1.9 million and another lost her home and $450,000 over seven years to a Nigeria-based military romance scam.

“Your typical thing is a senior ranking officer in the United States military who’s stationed overseas and he’s run into some sort of predicament,” Nichol said.

He added that it’s extremely difficult to chase down these scammers, many of whom work in organized groups to move money through bank accounts around the world.

“By the time police get involved … the money is long gone,” he said.

Nichol says it’s not uncommon for victims to lose more than $1 million in such scams.

“The numbers, in terms of losses, are obscene,” he said. “They’re very challenging to investigate, and most of the outcomes are not good.”

He added that most scammers work in teams to deceive their victims and move the money through several bank accounts so they can’t be caught. They’ll usually start by asking a victim for small amounts of money, then work up to larger transfers over the course of weeks, months or years.

WATCH BELOW: N.B. woman speaks out after falling victim to gift card scam

It was a Canadian woman who first made Denny aware that scammers were using his photo when she sent him messages in mid-2016 claiming to be in love with him.

He soon discovered that she was just one of many victims who fell for his stolen photos and handed over money to a foreign scammer.

Denny says it gives him “chills” to see scammers using his face to lure other women online. Some scammers use Denny’s real name. Others use made-up names such as Denny Cooper, Darry Roland, Eric Lawrence or Tim Badden.

Kathy Waters, of Fresno, Calif., joined Denny’s efforts in 2016, after her friend’s mother fell victim to someone using Denny’s photo. Together, they’re spearheading a campaign to push for better laws and tighter social media security around identity theft in the U.S. They’re also trying to reach potential victims before it’s too late.

“Once you fall in love with somebody and everything is so real, you think it’s the truth, and when everything comes down … it’s like somebody died,” Waters, 42, told Global News.

READ MORE: Facebook filed a patent for technology that uses photos to predict who you live with

U.S. Congress amended its Communications Decency Act earlier this year to hold online providers — including Facebook — accountable for knowingly hosting sex-trafficking rings on their websites. Denny wants Congress to implement a similar rule for identity theft, so social media giants will be motivated to delete the fake accounts that use his photos.

Denny and Waters don’t think Facebook itself is the problem, but they do believe the company could put more effort into preventing identity theft.

Facebook recently rolled out its new dating service in Canada, with plans to open it up worldwide in 2019. Kathy says that move is “almost a slap in the face” to victims, because the company hasn’t done enough to eliminate romance scammers from its platform.

A Facebook spokesperson told Global News the company is making “significant investments” to stay ahead of impersonators on its dating service, which will be opt-in only. The dating feature will be limited to adults with real profiles, and users will not be able to send more than one introductory message. Facebook is also developing a safety tips page to help people identify and report harmful behaviour.

How to spot a scam

Scammers will usually claim to be working overseas and in need of money for some sort of emergency, the RCMP says. In some cases they might even try to get the victim to accept goods or money on their behalf, turning them into an unwitting mule for fraud.

The RCMP says you should be suspicious of anyone who pledges their undying love to you when you’ve never met in person. Other telltale signs of a scammer include poorly written or vague messages, requests for intimate photos or money and inconsistencies in their story or their profile.

The CAFC strongly recommends reporting suspected romance scams to their hotline at 1-888-495-8501 or through their website. Americans who suspect they’ve been scammed should contact the FBI’s Internet Crime Complaint Center. Victims should also contact police, their financial institution and the website where the scammer is operating.

“Gather all information pertaining to the situation, including the scammer’s profile name, how you made contact, social media screenshots, emails etc., and contact your local police,” the CAFC website says.

The CAFC recommends looking up your online sweetheart’s photo on Google before trusting them. Scammers will often leave a trail of angry victims eager to expose them online, and a quick image search is likely to reveal a serial scammer’s past work.

First, save a copy of the person’s photo to your desktop or phone, then navigate to Google Images and click the camera icon. Select “Upload an image” and add the photo you just saved. Alternatively, you can copy a link to the original photo and paste it into Google Images as a URL. Click “Search by Image” and the browser will show you a list of similar or identical photos.

Denny says many victims find him through reverse image searches. Ultimately, he says the best way to avoid a scam is to do your research.

“Most of these guys’ stories are pretty wafer-thin,” he said.

Denny says it’s important to remember that many soldiers are also victimized by these scams. Some try to set the record straight by setting up informative Facebook pages. Others simply give up.

“They don’t fight it. They feel like there’s no chance,” Denny said. “It’s quite a drain.”