OPP say they have recovered the body of man who was last seen snowmobiling in the Westport, Ont. area over the weekend.

On Monday, members from the OPP underwater search and recovery unit found the body of 33-year-old Scott McPherson.

McPherson, who is from Westport, was reported missing on Nov. 24 just before 3 p.m., and was last seen at around 7 p.m. on Nov. 23. He was believed to be snowmobiling in the Westport area at the time of his disappearance.

In a release sent out by OPP on Monday, police warned the public to stay off the ice “whether snowmobiling or on foot.”

“No ice is ‘safe ice.’ Underlying water currents or air pockets can create thin ice, even in the coldest temperatures. Snowmobilers can’t see this until it’s too late,” the release continued.

OPP advised those who have to cross ice to check ice conditions before going out, to wear a floater suit and to carry ice picks.

Global News spoke with a family member and a friend of McPherson and they both said they are shocked and devastated by the news.

The opp say there will be more information on the cause of death once the investigation is completed. 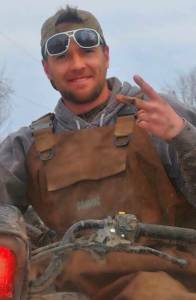