Search begins for the 2019 Saskatchewanderer

It’s a job every Saskatchewanian dreams of having, and now, it’s up for grabs.

With more than 80,000 social media fans across Facebook, Instagram and Twitter, the Saskatchewanderer captures the very best of the province for many Saskatchewan residents and tourists.

As the program continues for its ninth year, Wanderer hopefuls, who are up to the challenge of showcasing Saskatchewan in a unique way, can apply to become the next Saskatchewanderer until Nov. 9, 2018.

Kevin Dunn, the 2018 Saskatchewanderer, brought new heights to the program, by exploring Saskatchewan through the view of an aerial drone, which captured the province in a new perspective. 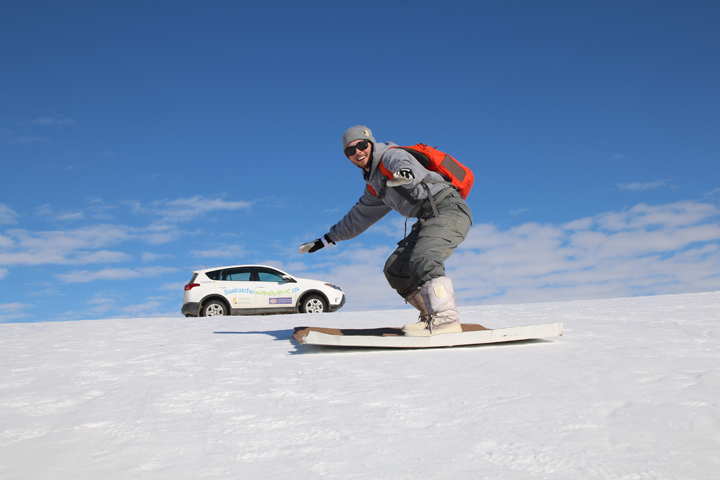 Tourism Saskatchewan and the Ministries of Parks, Culture and Sport, Agriculture, and Trade and Export Development have partnered with the program again this year and are excited to support the next Wanderer as he/she showcases the province through a whole new perspective.

“Kevin Dunn is a talented storyteller and an inspiring ambassador for Saskatchewan,” Minister Responsible for Tourism Saskatchewan and Parks, Culture and Sport Gene Makowsky said.  “He captured the imagination of fans and followers across social media through his innovative use of drone photography.  Tourism Saskatchewan extends its appreciation to Dunn for his impressive work as the 2018 Saskatchewanderer.”

The Saskatchewanderer program is also championed by CAA Saskatchewan, the program’s Official Sponsor and DirectWest, the Search Partner.

“CAA Saskatchewan is pleased to return as the official sponsor of the Saskatchewanderer program,” CAA Saskatchewan president and CEO Fred Titanich said.  “Since the program began in 2011, we have provided a vehicle, a CAA Saskatchewan membership and gas vouchers to assist the Wanderer in promoting our province as the best place to live, work and play.  We appreciate the Wanderer’s social media savvy that profiles CAA’s role as a safety advocate and business leader in our communities.”

Each applicant is required to shoot, edit and submit their own original video explaining why they should become the next Saskatchewanderer.

Applications will be accepted until noon on Nov. 9, 2018.