The 2018 Winter Olympics in South Korea is officially Canada’s most successful Winter Games ever, after hauling in 27 medals, surpassing previous benchmark set at the 2010 Vancouver Olympics.

On Day 14 of the Pyeongchang Games, Canada claimed its 27th medal thanks to figure skater Kaetlyn Osmond, who captured bronze in the women’s free skate competition. Canada’s previous medal record of 26 was set on home soil eight years ago.

Canada set the new record with two and a half days left in Olympic competition, thanks to a surge in medals on Friday.

RECORD: #PyeongChang2018 is #TeamCanada's most medals won at a single Olympic Winter Games!

Kelsey Serwa and Brittany Phelan took home gold and silver in the women’s ski-cross event, taking the one-two spots ahead of Fanny Smith of Switzerland. Osmond followed it up with her bronze medal figure skating performance.

As of Day 14, Canada has 10 golds, eight silver and nine bronze medals. A month before the Games were underway, an international data analytics company predicted Canada would haul in 33 medals in South Korea. 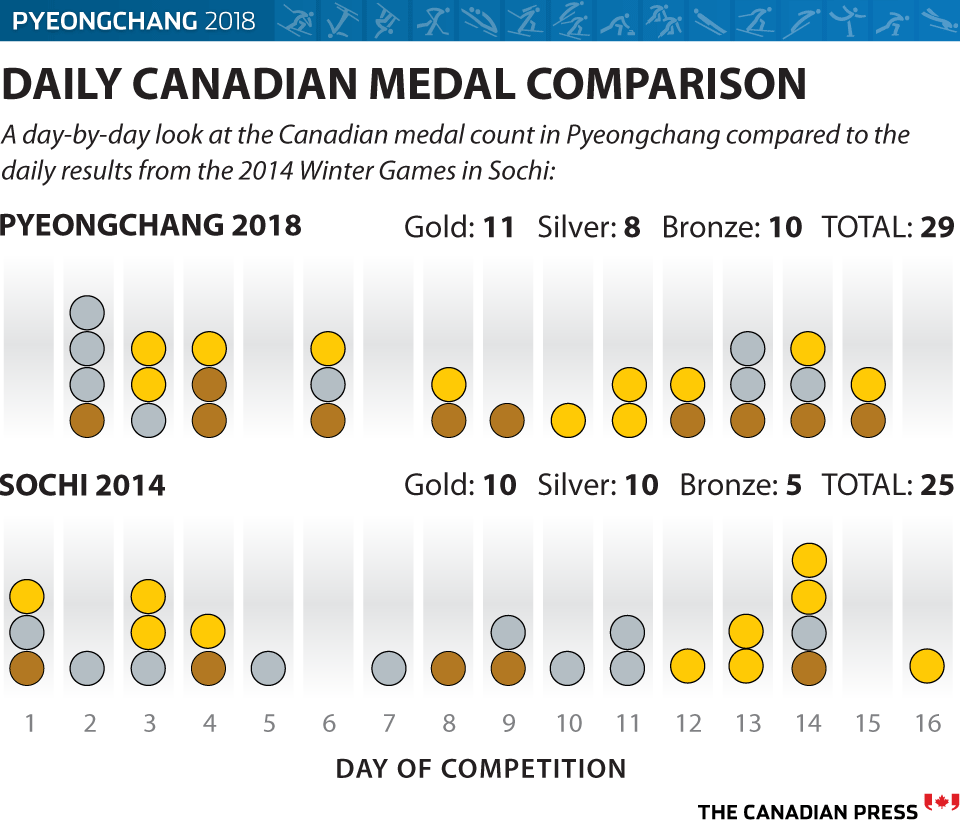 -with a file from The Canadian Press