Vancouver city councillors are expected to vote on an ambitious 10-year housing plan on Wednesday.

The proposal, which includes a three-year action plan, was presented as a report to council on Tuesday.

The plan calls for the city to add 72,000 new homes to the city over the next decade, including 45,000 new purpose built rental units.

READ MORE: Vancouver targets rich neighbourhoods as it looks to jack up its housing supply

It also seeks to link the cost of housing to residents’ incomes, and involves targeting wealthier neighbourhoods for an increase in density.

Vancouver general manager of planning Gil Kelley acknowledged that while the plan aims to increase affordability, there’s little the city can do to change the massive increase in property values in recent years.

“This is a long term strategy that will say we want to limit the further increases that are purely speculative by adjusting expectations that are about what and how much can be built and how much affordability comes with that,” he said.

“We’re not going to roll back the prices that have already been built in.”

Kelley said among other proposals in the 10-year plan are a speculation tax and a “locals first” policy for pre-sale condos.

“We’re going to look at a range of anti-speculative measures. As you know we have an empty homes tax regulation that was adopted by the city recently, we’re seeing what effect those are having. There’s an array of things that we’d like to explore, some of which are in local control.”

The city’s proposal has not met with universal acclaim.

A coalition of 27 Vancouver residents’ groups has challenged the plan, arguing that the city hasn’t consulted individual neighbourhoods enough over proposed changes and increases in density. 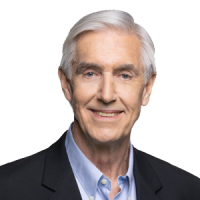