B.C. Greens and NDP at odds over renters’ rebate and child care

Weaver said his party has a different approach to the $400 renters’ rebate and $10-a-day child care promised by the NDP.

“What the NDP promised in their election campaign is not really relevant to the situation today,” said Weaver.

READ MORE: B.C. budget: if you didn’t see some NDP promises, this is why they weren’t there

The Greens say they, like the NDP, want substantial investments in child care, but their plan offers parents more options.

Their promises include free child care for children under the age of three who have working parents, as well as free preschool for three- and four-year-olds.

They also support up to $500 a month for families with a stay-at-home parent and children under the age of two.

That is more than the $175 million the NDP promised towards child care during Monday’s budget update.

The Greens say their plan would be paid for with budget deficits.

As for the renters’ rebate, Weaver said the party is against the idea.

Meanwhile, the BC Liberals say Weaver’s comments raise questions about what exactly is in that Confidence and Supply Agreement.

With Weaver saying the NDP promises are “irrelevant,” Finance Critic Shirley Bond wonders what part of the deal reached by the NDP and Greens gets rid of key campaign promises?

“Obviously there may be some details in an agreement that we may not be aware of.”

Bond said that backtracking on the $10-a-day child care would be a huge broken promise.

“I know that even in my riding families were probably swayed by that campaign promise. To now suggest that it’s not going to happen, or there may be some other model, I think British Columbians deserve to have some answers about how that’s possible.”

B.C. Premier John Horgan said he is not concerned with Weaver’s comments.

“There are going to be issues that the Greens and the New Democrat government disagree on, we knew that coming into this.”

Horgan said both parties agree that universal child care is necessary and are working on how to do it.

He said they will be doing the same thing with the renters’ rebate.

“We’re going to be working with the Greens on that and others right across B.C.”

Horgan added that he’s confident in the alliance’s future. 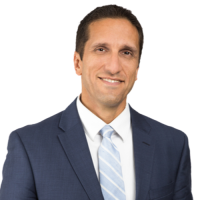