Customers at a Houston Walmart were left stunned after a pair of men riding on horseback moseyed their way through the store on Sunday.

One of the riders even recorded the incident and posted it to Facebook.

Fields was going for a weekly ride with some friends when they decided to go “parking lot pimping,” local media reported.

But the spectacle soon found its way inside the store.

The two men and their horses strode into the store, passing by security and began wandering the aisles.

“We is in ‘Wally World,'” Fields can be heard saying in the video as a young shopper is seen waving at him and the horse.

According to Fields, one of the horses relieved itself inside the store.

“We in no way condone [Sunday’s] reckless stunt inside our store and are thankful no one was hurt by these actions.”

Fields says he was just having fun.

“I wasn’t trying to hurt nobody, or do anything destructive. It was just, like, you only live once, you know? That’s all,” Fields said. 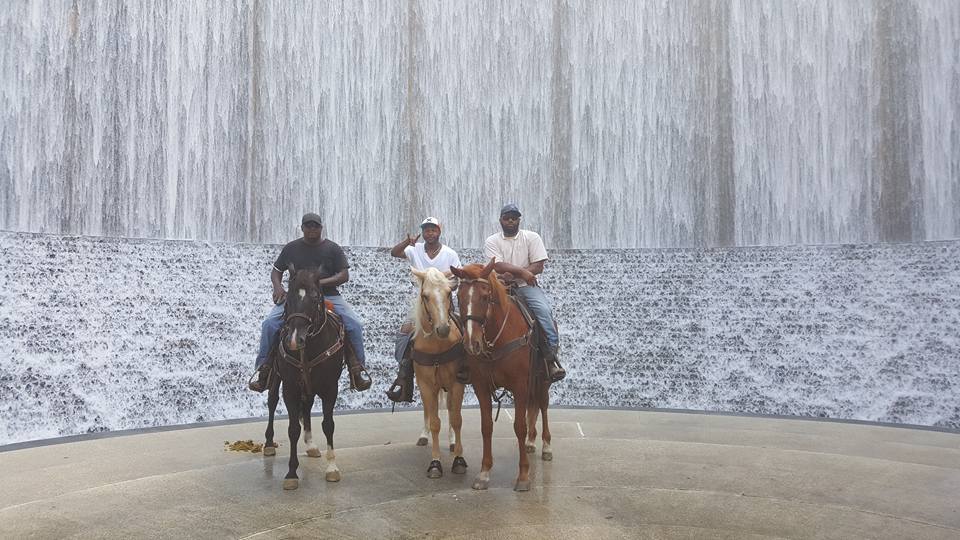 Other videos posted to Fields’ Facebook page show the trio of riders trotting around popular tourist destinations in downtown Houston prior to their visit to the big box store.

Global News spoke to the Houston Police Department and was told Walmart has not contacted them, nor has an investigation into the incident been launched.