The chances of someone living with multiple sclerosis (MS) in Canada are higher than any other place in the world and Saskatchewan is no exception.

According to the MS Society of Canada, 3,700 people the province are living with the debilitating disease including Michelle Walsh, 43, who was diagnosed at the age of 19.

“My quality of life was honestly not good, I was going downhill pretty fast,” Walsh said.

She still has a difficult time talking about the early years when she was bedridden from fatigue.

Walsh described it as some of her darkest days.

With nothing to lose and everything to gain, Walsh left the country to undergo liberation therapy since it’s not approved in Canada.

The theory is that MS is caused by blocked veins in the neck. Liberation therapy widens those veins to improve blood flow, relieving a patient of their symptoms.

Walsh said each time she’s had the procedure, it’s taken around 45 minutes and was less painful than visiting the dentist.

“I could feel that the sensation on that side of my body was slowly starting to come back,” Walsh said of her first experience.

Her husband cried when she was wheeled out. Her colour had vastly improved but she said the best part was when she flew home to be reunited with her children.

“My little guy ran up to me and kissed my face and that’s the first time in my life I felt him kiss my face because I had always been numb.” 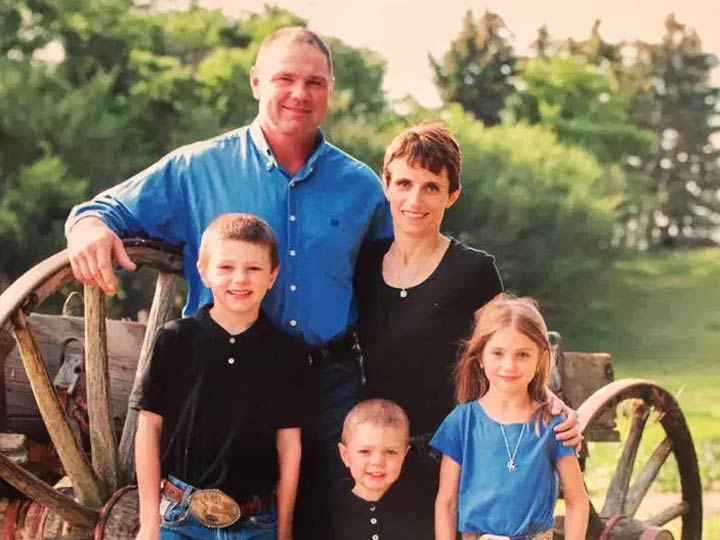 Walsh said she’s had the treatment three more times since 2010 to maintain her quality of life and the couple had a third child they consider their miracle baby. The wheelchair she was fitted for seven years ago still collects dust in her garage.

She is like hundreds of other Canadians who traveled out of country to receive liberation therapy over the years.

It is not a cure and now researchers say to make claims it relieves even symptoms is completely untrue after debunking the therapy in the most definitive study yet on the treatment.

On Wednesday, the findings from a new $5.4 million gold-standard study casts serious doubts regarding the effectiveness of this controversial treatment.

“Overall, our research would suggest this is not a beneficial treatment for multiple sclerosis and we would not recommend people pursuing it,” Dr. Tony Traboulsee, lead researcher of the study, said. 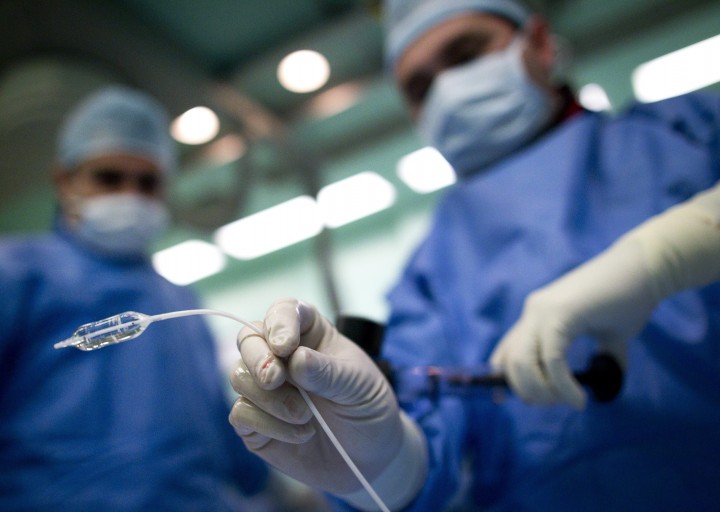 The study involved 104 participants where some people underwent a “sham” procedure, the surgical equivalent to a placebo. All of them had a catheter inserted into their blocked veins but only 49 had their vessel walls pushed out by inflating a small balloon.

“Within two weeks, some patients were feeling better but it was equal numbers in both treatment groups, those that had the sham and the venoplasty – that treatment benefit would last until week 12 to 24 and then go back to where they started from,” Traboulsee said.

Since 2009, the MS Society of Canada said it’s heard from patients who said they saw remarkable results from the procedure and those who have not.

“It’s always disappointing when a scientific study doesn’t have a more hopeful outcome,” Erin Kuan, the organization’s president for Manitoba and Saskatchewan, said.

“I think we have to honour that but what it has done is certainly allowed us to learn and allowed people to be part of those trials which also is hopefully in and of itself.”

Nonetheless, people like Walsh said they will continue to credit the procedure with helping to give them – their life back.

“Trust your gut instinct because that will always tell you what will be right for  you and I’m just glad I trusted mine and went aboard.” 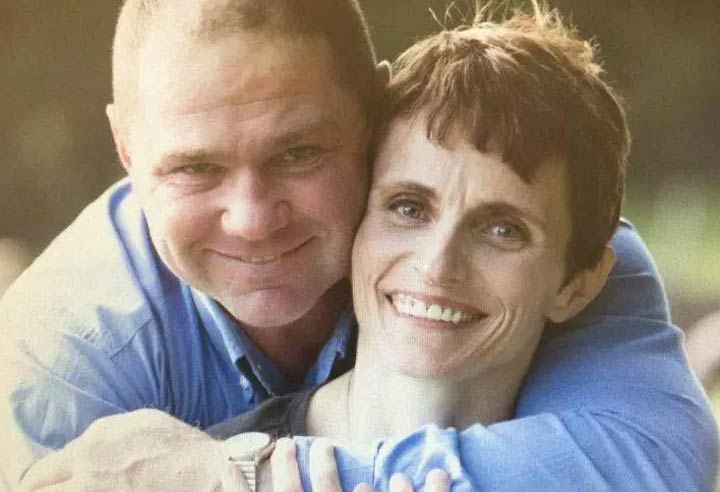