Zebra mussels are already in three Manitoba waterways and are spreading at an incredible rate, which is one huge concern for Manitoba Hydro.

“They proliferate exponentially so they can really take over an ecosystem and they attach to any hard surfaces including one another,” said Marcus Smith, senior environmental specialist with Manitoba Hydro. “So for mechanical systems that’s our primary concern here.”

The crown corporation has multi-millions of dollars in infrastructure along Manitoba waterways. Infrastructure that is threatened by the stronghold of the invasive species.

Intricate and complicated systems that could essentially could come to a stand still  if zebra mussels get into them.

“We have hot water systems that is a series of pipes and strainers and heat exchange pumps… all those sorts of mechanical pieces. If zebra mussels are in those pipes, blocking those valves, clogging up those pumps… it’s not going to work,” Smith said.

Hydro uses substrate and bio boxes to monitor not only the mussels but their microscopic larvae, veligers. Employees do routine checks and samples to look for early warning signs and detection.

“The generators are much like engines in your car and the water we use to cool off engines comes from the the rivers,” Owen said. “If the water that we’re drawing in to cool these engines is clogged by zebra mussels, like any vehicle, that engine overheats and then you’ve got some pretty bad damage.”

Manitoba Hydro has been studying the effects of invasive species, such as zebra mussels, for more than 25 years. In October 2015, it found it’s first invaders, two shells, at its Selkirk Generating Station.

READ MORE: Lake Winnipeg is a lost cause due to zebra mussels: expert

“Primarily our big concern is just keeping the lights on. Really that’s what’s keeping us up at night and that’s what’s motivating us to actively be coming up with ways to prevent that from happening,” Smith said.

It’s an outcome that would not only be extremely expensive to try to reverse but could have potentially devastating affects.

“If we just disregarded what we know from other jurisdictions… and just ignore this, put our heads in the sand, we could be looking at a huge outages even at a province-wide level,” said Smith.

For the past year, Manitoba Hydro has been working on prevention plans for all of its generating stations. The first of which will be installed at its Grand Rapids location next fall.

“It’s a type of chlorination system where the water we draw into the system to cool the generators is chlorinated,” said Owen. “Zebra mussels don’t like chlorine. Chlorination will protect the intake pipes. Once that water is set to be discharged it will be de-chlorinated.”

Right now it’s unclear how much installing systems at every generating station around the province will cost, but the company said they don’t have a choice but to move forward or face a dire outcome.

“The worst case outcome would be the lights not coming on,” said Smith. “That’s a pretty horrible outcome.”

WATCH: The effect zebra mussels have on Manitoba’s ecosystem

1:59 The effect millions of zebra mussels could have on Manitoba ecosystems, infrastructure

Both Manitoba and Alberta have enacted legislation requiring inspection of boats in transit. Boaters found possessing zebra mussels may be fined or prosecuted under the federal Fisheries Act. In 2016 nearly 3,000 boats were inspected but no fines were handed out. 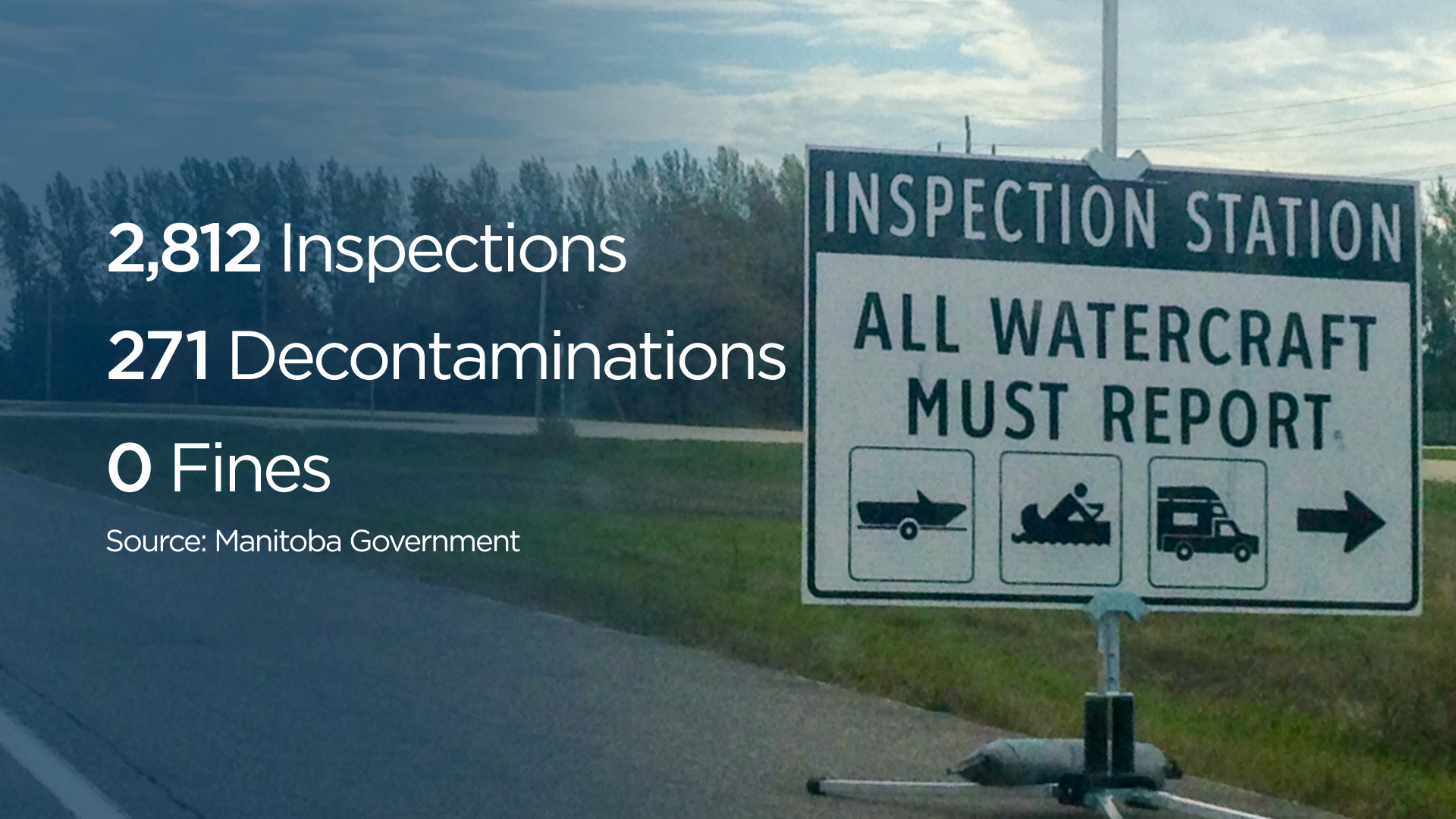 In 2014, the province spent $500,000 putting potash into four harbours in Lake Winnipeg in an effort to kill off zebra mussels. 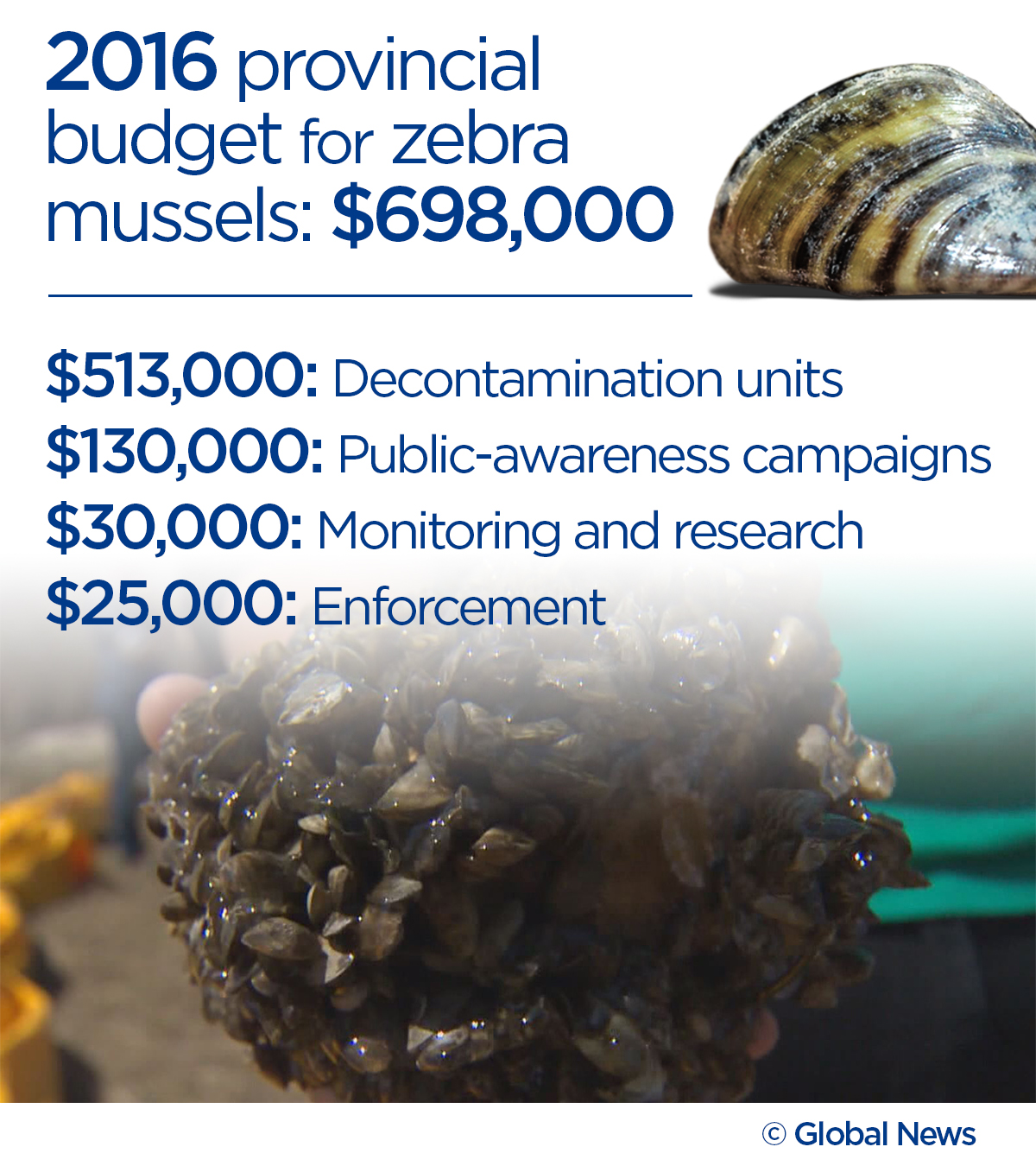