Playboy Playmate Dani Mathers has lost a recurring gig and could face criminal charges as a result of her posting a body-shaming photo to social media.

Mathers, 29, shared an image of a completely oblivious woman in a gym changing room on Snapchat, along with a photo of herself with a shocked expression. It has the caption “If I can’t unsee this then you can’t either!” 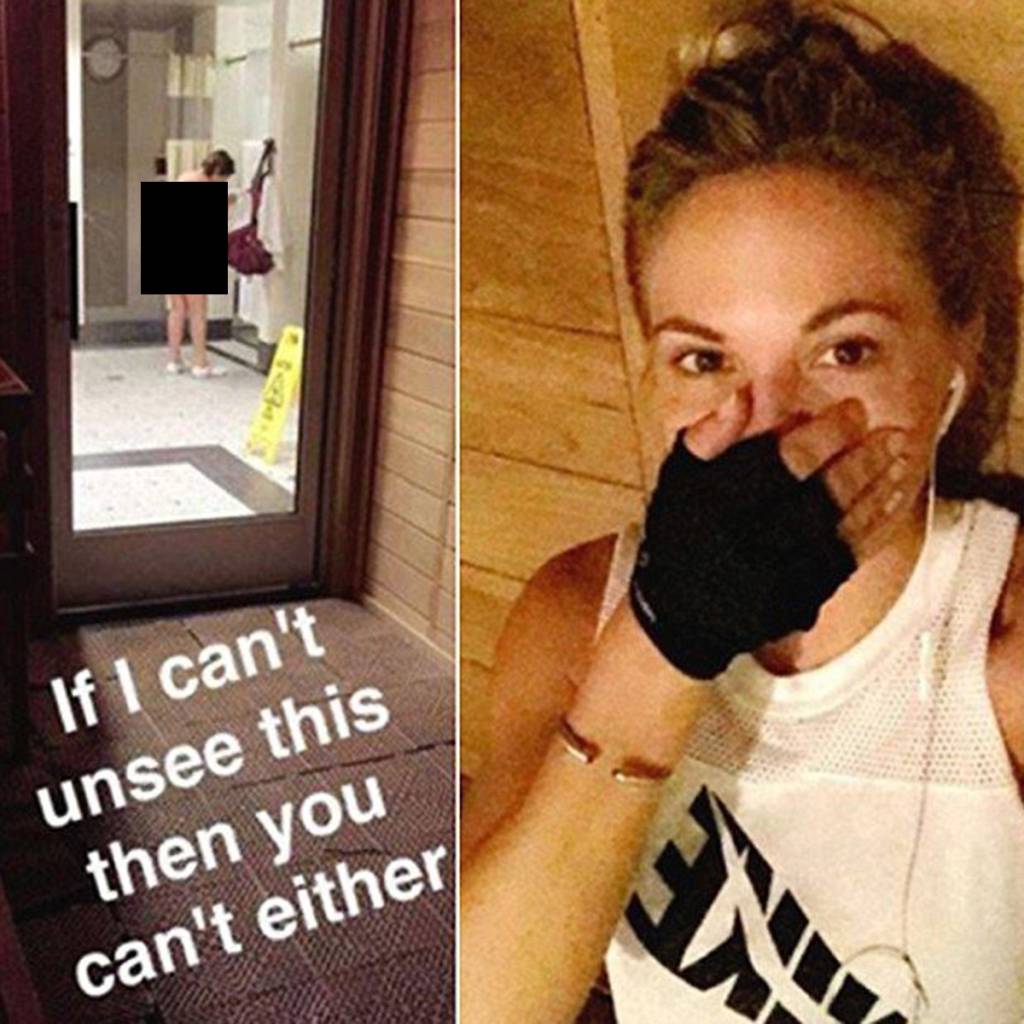 Mathers deleted the image almost immediately and was quick to apologize after the photo sparked a huge backlash. Twitter users lambasted the Playmate for posting the photo.

@DaniMathers that poor woman's naked body is now circulating the Internet when she never intended it to. It's really heartbreaking.

She went out of her way to body shame an innocent woman. It doesn't matter if she sent it to one person or thousands. #DaniMathers

Dani Mathers: If your "apology" includes "I only meant to send it to one person, not everyone," you don't understand what you did wrong.

Dani Mathers needs to be banned from @Snapchat AND @LAFitness. Taking nude photos of people who aren't aware is seriously nauseating.

@DaniMathers Vile. You're a bully and an apology won't ever change that. Do you have any idea of the damage nastiness like this causes?

@bekkirivz @sassimommi @DaniMathers She may think she's beautiful but she's just showed everyone how ugly she really is.

“I just want to acknowledge a photo that I accidentally posted,” said Mathers in a Snapchat video. “It was absolutely wrong and not what I meant to do. I chose to do what I do for a living because I love the female body and I know body shaming is wrong, that’s not what I’m about and this is not the type of person I am.”

“The photo was taken as part of a personal conversation with a girlfriend and because I am new to Snapchat I didn’t realize I had posted it, and that was a huge mistake,” she continued. “I know I have upset a lot of people out there but please believe me this is not the type of person that I am. I have never done this before and I will never do this again, you have my word.”

Her quick apology wasn’t enough, because Mathers has now been fired from her radio show on L.A.’s KLOS station and has been banned from all LA Fitness gyms across the U.S. A spokesperson told TMZ that Mathers “is not permitted back at any club, ever.” (The LAist is reporting that LA Fitness has contacted police on the matter.)

Many outlets are speculating that Mathers will face criminal charges, and the unidentified woman in the photo may seek damages.

Mathers was crowned Playmate Of The Year in 2015.