It was a battle between two mighty nations, and the underdog prevailed.

Not since the War of 1812 has Canada and the U.S. fought each other as valiantly as their respective animal-kingdom mascots did this past weekend at a campground on Vancouver Island.

Just after 7 a.m., Bell grabbed her camera when she heard a kerfuffle happening at the pond nearby. When she arrived, a bald eagle was perched on top of a lifeless-looking goose.

“It was very still, there was no more noise coming out of him,” Bell told Global News.

“But as it turns out, I think he was probably playing dead.”

Bell said the eagle was trying to get a better grip on the goose when the goose scrambled out of its claws.

“[The eagle] lost the grip completely and the goose just managed to scoot right out of there.”

READ MORE: Metro Vancouver heads to the beach on warmest weekend of the year

Thinking quick, like a true Canadian, the goose made flight for the middle of the pond. With the eagle close on its tail and coming in for a dive, the goose bobbed underneath the surface out of harm’s way.

Taking a cue from recent American foreign policy, the eagle laid base in a tree nearby where it called in a fellow trooper to keep an eye on the Canadian below.

But the goose remained just out of reach and stood its guard for about 20 minutes before the eagles abandoned the front line.

“It was amazing,” said Bell, speaking of the whole encounter.

Her photos were posted on Facebook shortly after and have since been shared over 270 times.

Take a look below for the whole play-by-play: 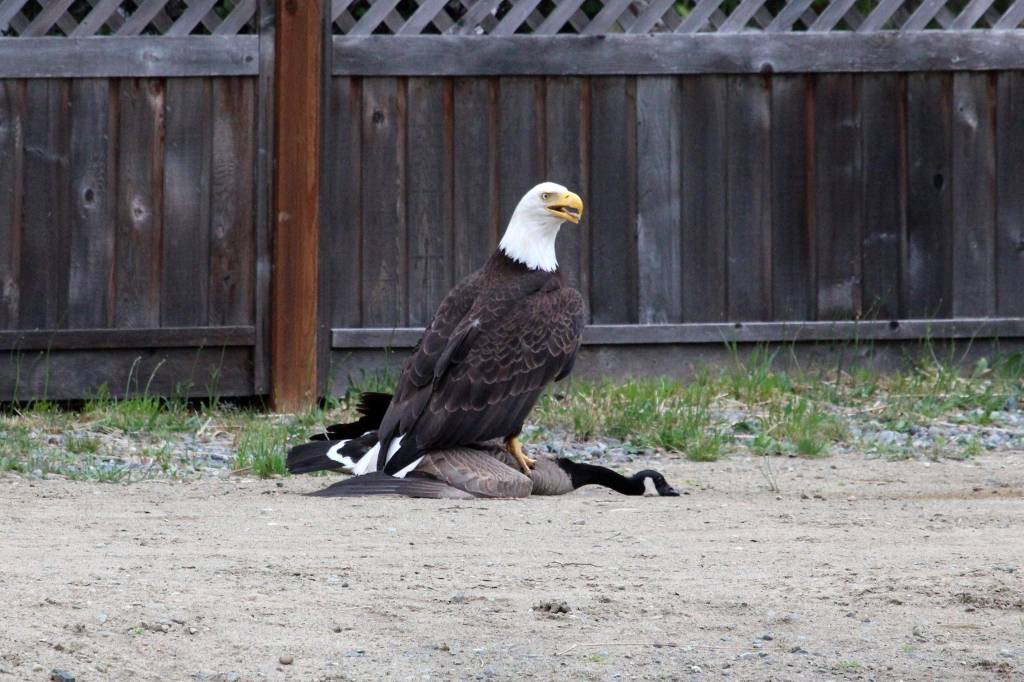 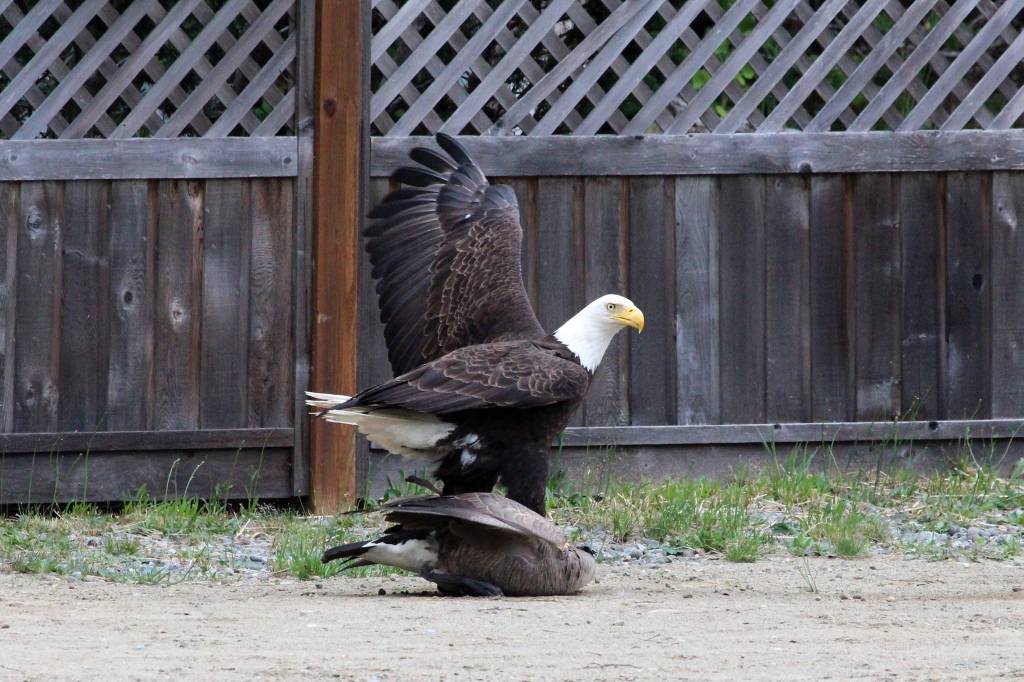 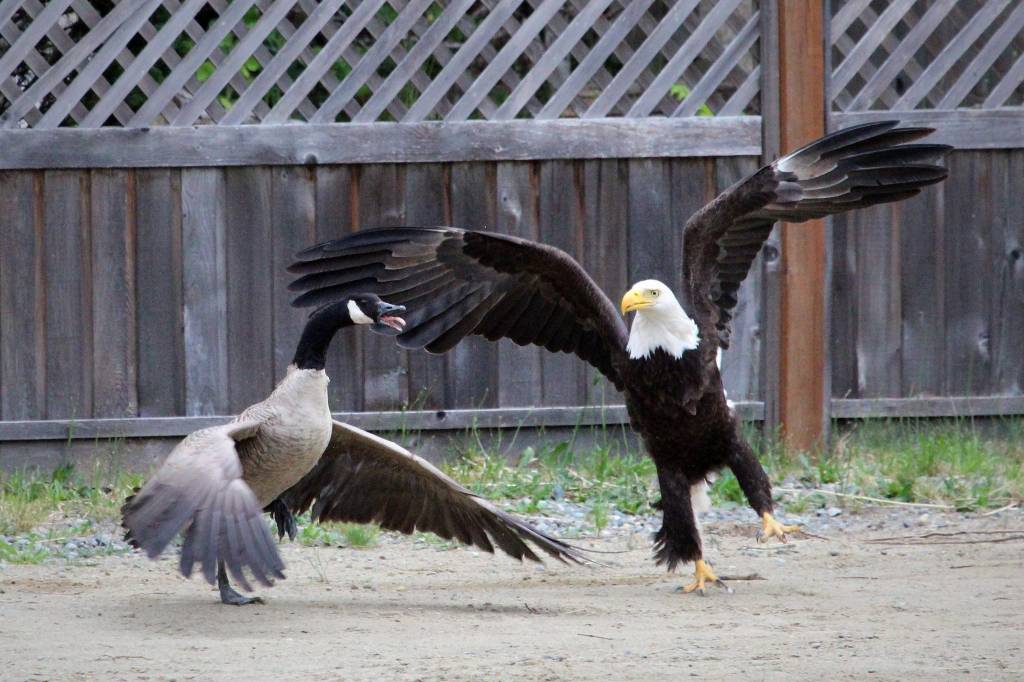 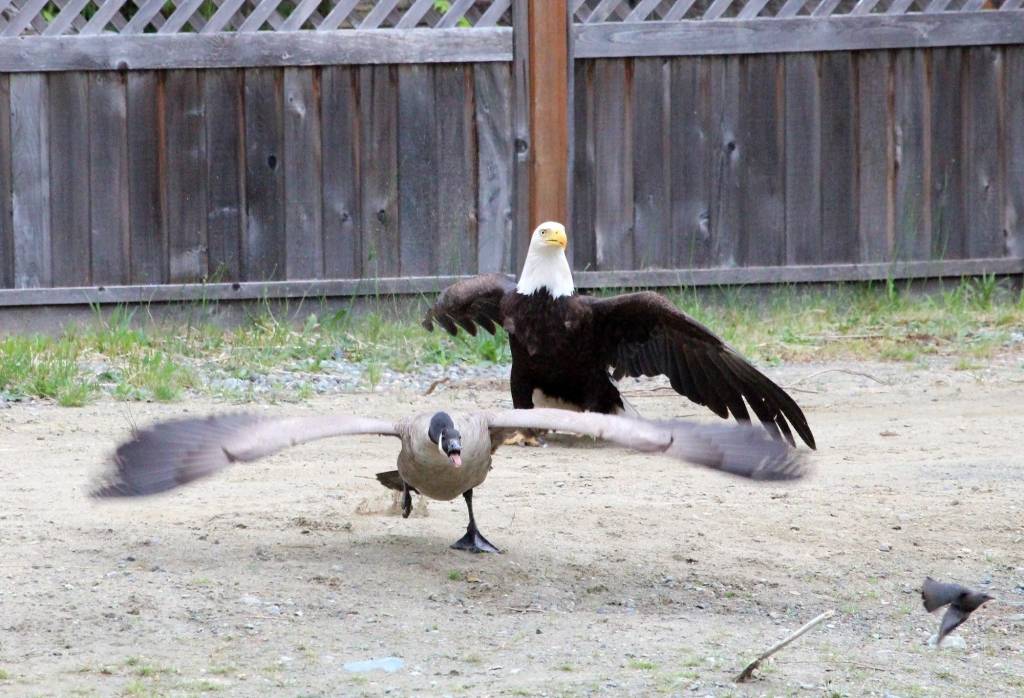 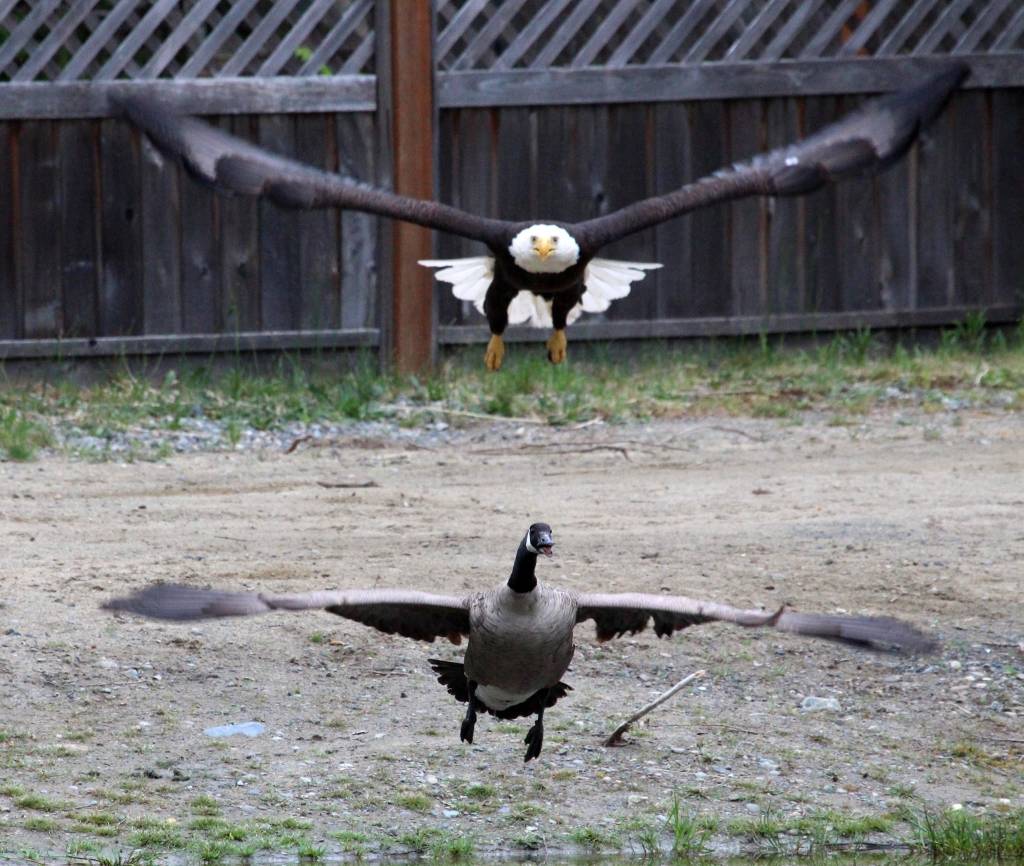 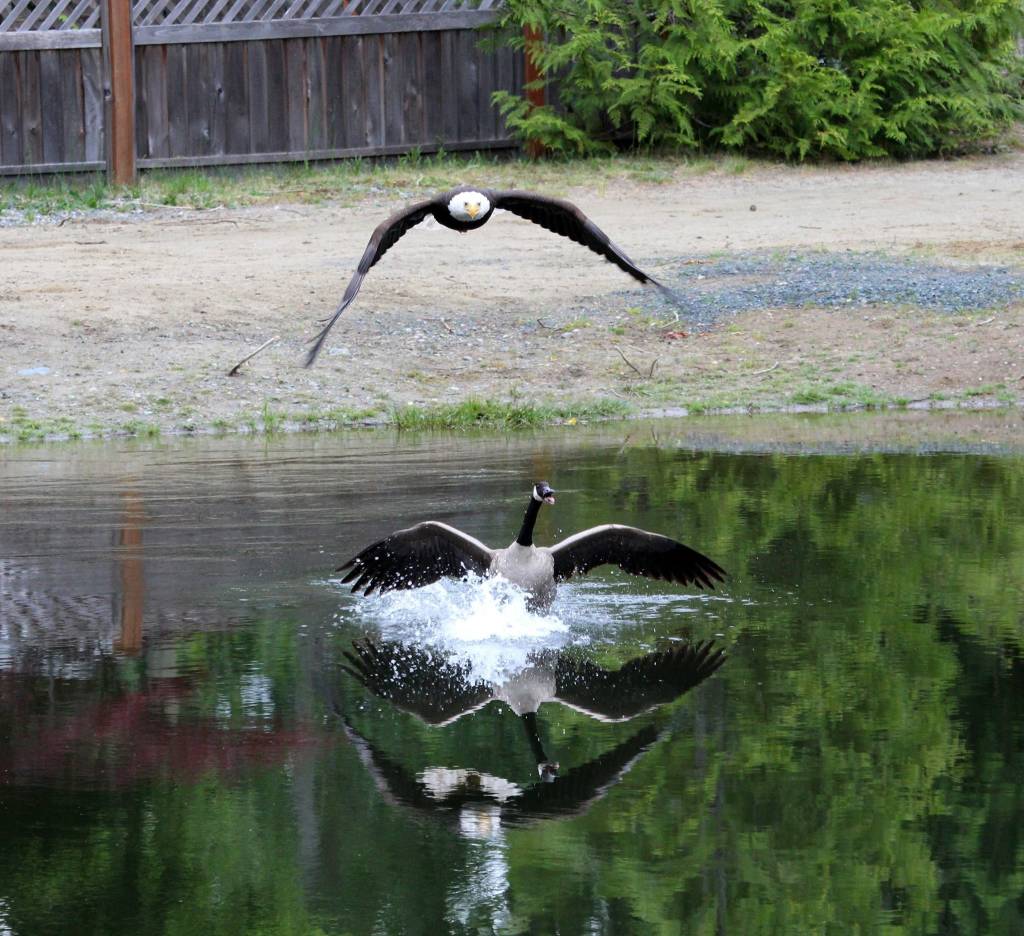 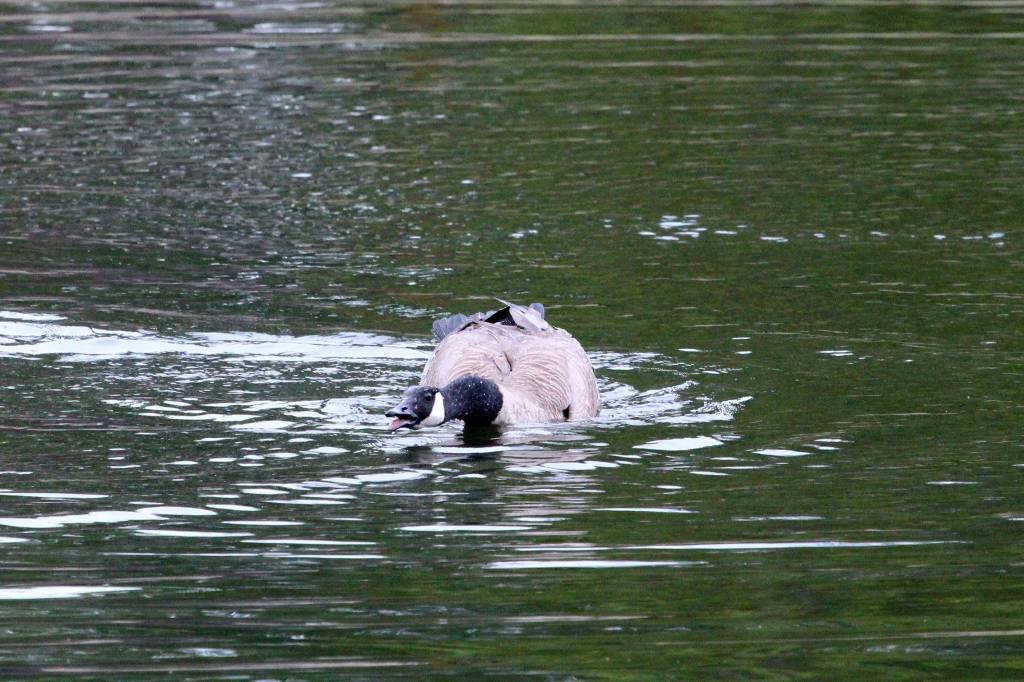 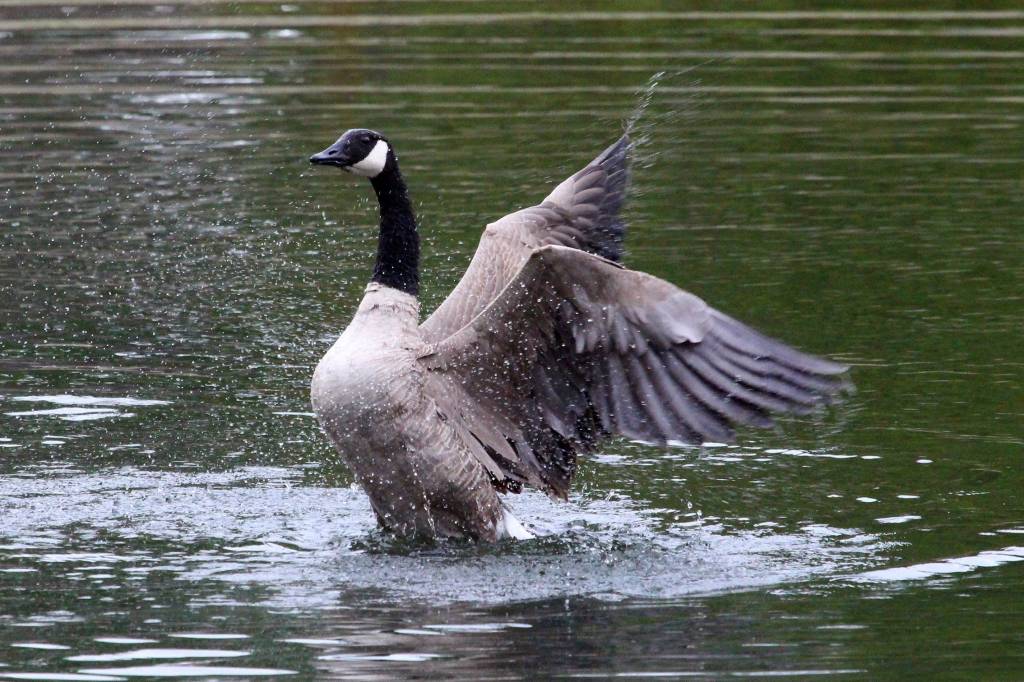 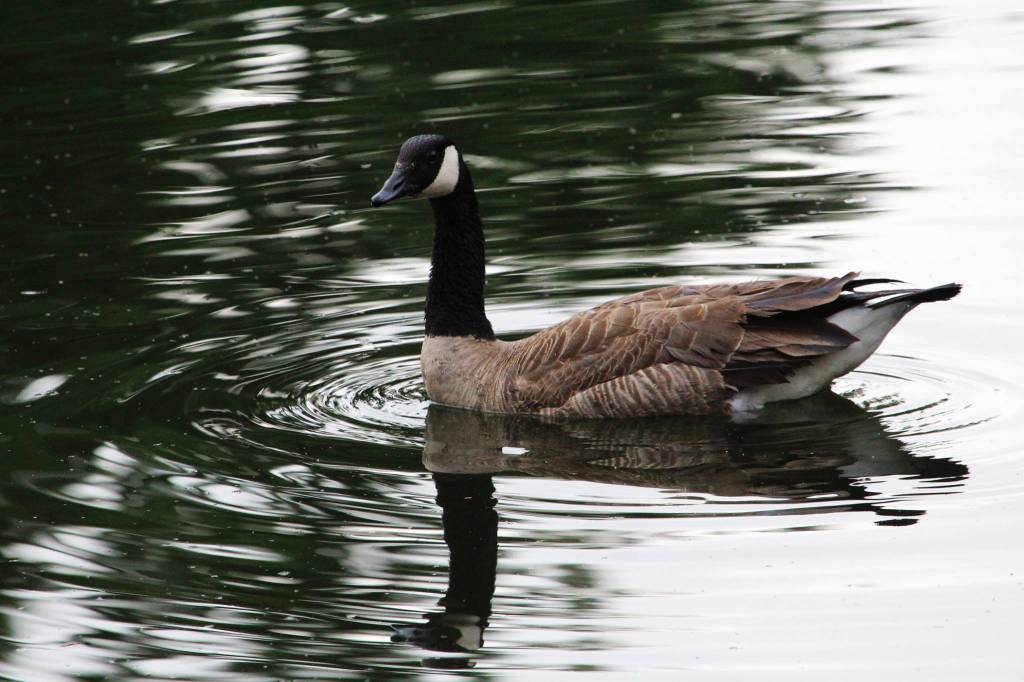 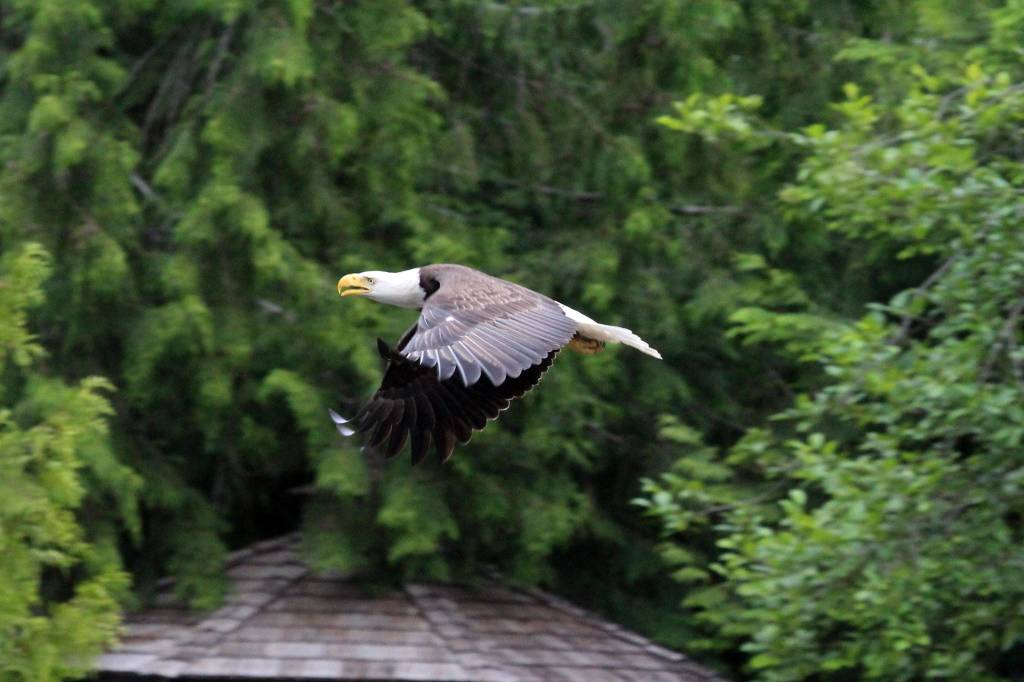