2016 trends: What to expect in food, fitness, fashion and travel

Whether you’re a foodie, fashionista, fitness or travel buff – there’s a lot to look forward to in 2016.

We’ve put together a forecast to give you a glimpse of some of the hottest upcoming trends in food, fitness, fashion, and travel. 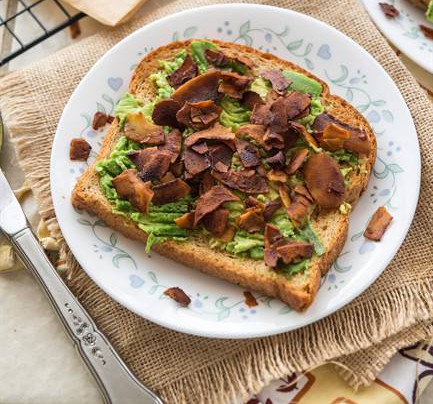 Expect to see more healthy, local, natural and sustainable menu options in the coming year. Those make up nearly half of the top 20 menu trends for 2016 according to the National Restaurant Association in the U.S.

Street food and food trucks come in 20th on the list.

Nearly half the chefs surveyed for the December report said locally-sourced food is the trend that’s gained the most traction over the last 10 years.

Canadian chefs are taking the movement to the next level as they dig deep into their roots.

“There are some ingredients that are indigenous to certain parts of Canada,” said Donna Dooher, president of Restaurants Canada.

Saskatoon berries and spruce tips are just a couple “hyper local” examples. Sap can be extracted from the latter to make jelly, and the tips can also be pickled.

Expect to see more of that process in the new year. Chefs are getting more and more creative with their preserving, pickling everything from deviled eggs to walnuts.

READ MORE: Preserving 101: why you should try it and how to do it

Veggies are expected to move from the sidelines to centre stage on more restaurant menus, as is toast.

“[Toast] is certainly a very innovative dish to develop recipes and thoughts around. I’m watching it as the ingredient of the year,” said Christine Couvelier.

For the second year in a row, Canadian fitness gurus are touting functional fitness and high-intensity interval training as top workout trends.

Functional fitness, which was second in Canfitpro’s annual trends survey last year and No. 1 this year, involves exercises that work multiple muscle groups and mimic activities like shovelling snow, carrying groceries or unloading the car.

Wearable technology like fitness trackers is expected to become even more popular next year, according to the Worldwide Survey of Fitness Trends for 2016.

Bootcamps, the high-intensity activity patterned after military-style training, are out for 2016.

Some industry experts believe it’s because they’re too hard and aggressive.

Get ready for a blast from the past.

So bust out the bell bottoms: wide-leg pants and flared denim will be among the must-have items next year, Galloway predicts.

Earlier this month, the Pantone Color Institute – comprised of analysts that span the globe in search of trends – declared light pink and blue as the colours of the year for 2016.

But Galloway has another pick.

“Orange will be a popular statement colour on everything from outerwear, shoes and bags,” she said, “as well as lots of jewel tones and prints including floral and plaid.”

There are a lot of big events coming up in 2016 that will drive tourism.

Rio de Janeiro will be the place to be Aug. 5 to 21, when the Brazilian city hosts the Summer Olympics.

Pope Francis’ Holy Year of Mercy, which began Dec. 8 and runs through November 2016, will draw up to 10 million pilgrims to Rome.

For those more into drinking, Germany’s 500th annual Oktoberfest is sure to be a hit.

Other popular travel spots are expected to be Cuba, which has seen a surge in tourists this year, and northern climates.

Northern lights are drawing more tourists in the coldest, darkest months of the year to places like Alberta, Alaska, Iceland, and Norway. Norway has also seen more tourists from fans of the movie “Frozen.”

Glaciers around the world have become must-sees, too, as some tourists worry that glaciers may disappear due to climate change.

Glacier National Park in Montana has been experiencing record tourism, including over 2.5 million visitors in 2015.

With files from Tania Kohut, Global News and The Canadian Press