On paper, UBC is the favourite coming into contest riding a four-game win streak and having swept both games against Manitoba this season, outscoring the Bisons 75-58 in the process.

Of course, T-Birds Head Coach Blake Nill knows all too well that you can’t take the Bisons lightly. Nill had led the Calgary Dinos to a record six straight Hardy Cup Championships until losing in last year’s final.

If Manitoba hopes for a repeat, they’ll need returning quarterback Theo Deezar to step up to the plate. Deezar missed the final two games of the regular season with an upper body injury but should be good to go on the west coast. Deezar was second in the conference with 17 touchdown passes and 64 per cent completion rate.

The Hardy Cup Semi Final kicks off at 1 p.m. MT and can be seen LIVE across the country on Global TV. 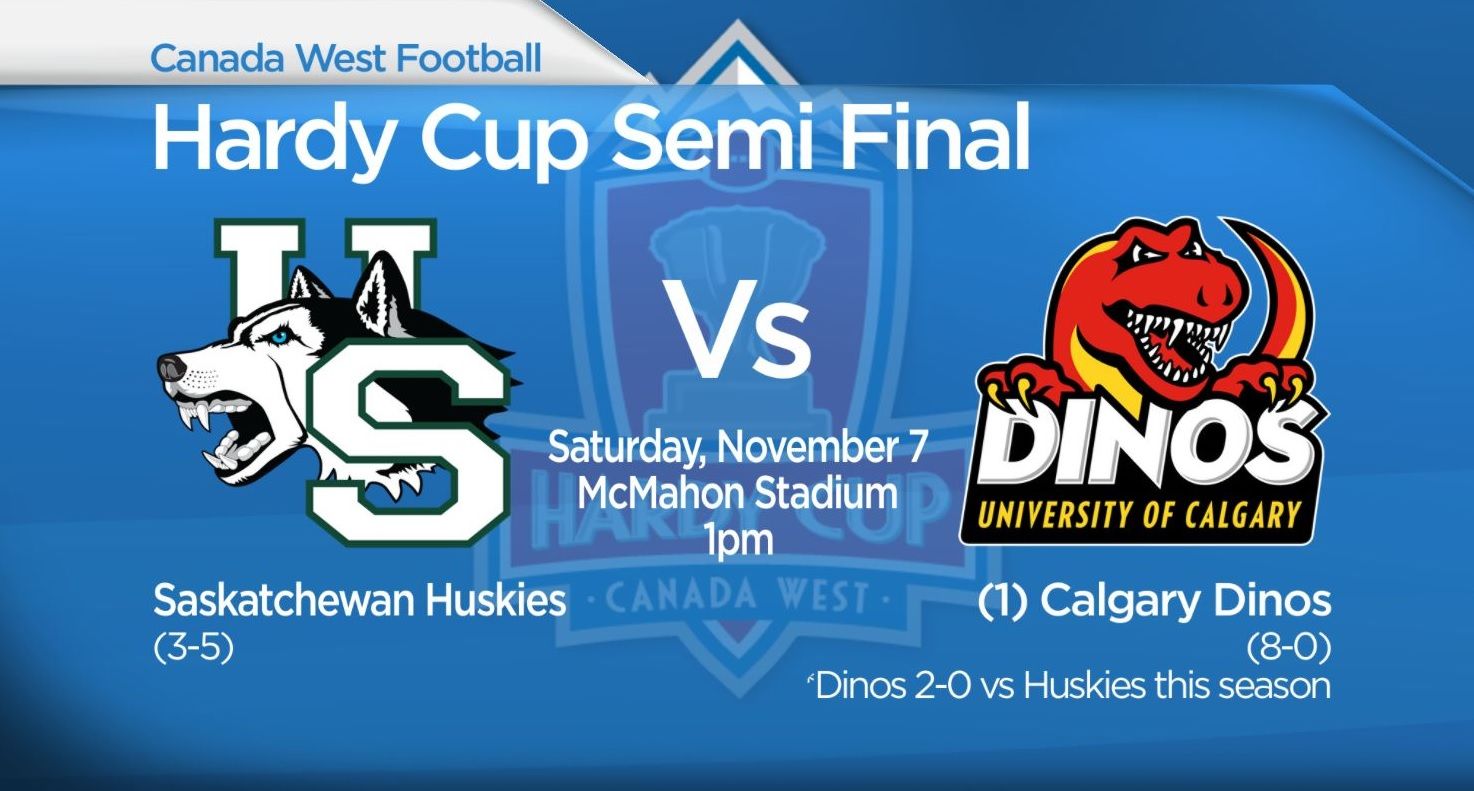 The other Hardy Cup Semi Final will feature the undefeated Calgary Dinos taking on the Saskatchewan Huskies. (Watch LIVE on canadawest.tv at 1 p.m. MT)

Calgary has been unstoppable this season and looks to advance to their record eighth straight appearance in the Hardy Cup Final.

The Dinos are led by quarterback Andrew Buckley who set a CIS record for 3,162 passing yards while adding 19 touchdowns and just one interception.

Just how dominant is Calgary’s offense? They nearly doubled the amount of points scored by the Huskies this season (471 – 280). In two meetings this season, the Dinos blew past the Huskies 59-19, and 44-15.

Saskatchewan comes into the game as a major underdog. The Huskies squeaked into the post season with a last minute win over Regina coupled with an Alberta Golden Bears loss to Calgary. They’re also riding a six-game post season losing streak – their last win back in 2009.

The semi final winners will meet in next week’s 79th Hardy Cup Final (Nov. 14) which can be seen live on Global TV.