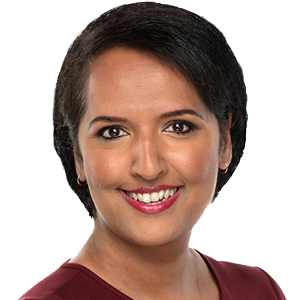 Simi Sara grew up in Surrey, B.C. and spent the first 15 years of her career in television. She has been with 980 CKNW since 2010 as the host of the The Simi Sara Show, until she made her move to her new timeslot as host of Mornings with Simi.

She is the recipient of two national and three regional RTDNA awards for her editorial and commentary work. Sara has also won both the BCAB Broadcaster of Tomorrow and BCAB Performer of the Year awards. Additionally, she is the only radio personality to win the Jack Webster City Mike award for commentary.

AM980 CKNW wants to acknowledge the hardworking valedictorians across B.C. who will likely not participate in a traditional graduation ceremony.

The union representing about 900 SkyTrain workers says negotiations have broken down with BC Rapid Transit Company.

How countries are protecting themselves from attacks in space

The United States is one country that has identified space defence as a national security priority. But what are the specific threats it faces in space?

Every week on Foodie Friday cookbook author and Gourmet Warehouse founder Caren McSherry joins CKNW’s Simi Sara with another recipe to wow your guests and up your game in the kitchen. It’s peach season in B.C.! These fuzzy delicacies are grown in the Okanagan Valley and are one of our province’s most flavourful fruits. Peaches…

A solid plan can keep you out of long lineups and keep stress levels low. Here’s what you need to know.

They’re loved by some and reviled by others, but used right eggplants can be the king of the kitchen.

There was a time when ricotta was reserved for rippled edged lasagna. No more.

“One of my main goals also for doing this, was to defeat Ryan Reynolds,” quipped Rogen.

On Friday B.C. reported 112 new cases, a five-week high — and the BC CDC reported the highly-contagious Delta varia… twitter.com/i/web/status/1…

RT @globalnews: In 2015, Global News took a tour of the 40-year-old “Ark Two,” a disaster shelter beloved by survivalists that officials sa…