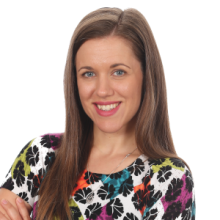 Whitney Stinson ushered in a new era at Global Regina in the spring of 2013, moving from reporter to lead anchor of a new team on the local news desk. She now leads the Saskatchewan team as managing editor for the province.

Since then, Global Regina has accomplished great journalism in the community, winning a national RTNDA Bert Cummings Award for Best Newscast in a medium market.

Whitney’s journalism career began while attending Humber College for broadcast journalism. She paired her diploma with a certificate of journalism in conflict zones from Athabasca University and began reporting.

From there, she worked as a local radio personality in her hometown of Kingston, Ont., as writer for CBC News Now in Toronto, and as a producer for Roger’s Peel Region before she decided to move west to join the NewCap News team in Lloydminster, Sask. During her time there, Whitney won an RTNDA award for her documentary called ‘Race the Base’.

Since then, she’s made a name for herself in this province, anchoring first for CTV Saskatoon before joining the Global Regina team in 2012 as a reporter.

During her time in Saskatchewan, Whitney has interviewed countless community leaders, movers and shakers. She’s hosted talk shows, documentaries, and factual entertainment, before moving to the nightly news desk.

She enjoys being a part of the quickly growing Regina community, both on television and online.