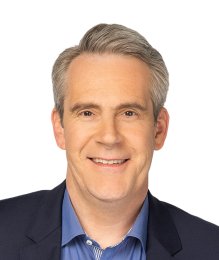 Shaye Ganam is the host of Shaye Ganam, a province-wide talk show on 630 CHED and 770 CHQR.

Shaye made the move to radio in September 2019 to co-host 630 CHED Mornings.

Prior to that, Shaye teamed up with Erin Chalmers to head up the Morning News on Global Edmonton, our city’s most-watched morning newscast. Then he returned later in the day to anchor the Noon News Hour with Jen Crosby.

Shaye has called Edmonton home since the day he was born. He attended both the University of Alberta and NAIT. His first job in broadcasting was in Swift Current, Saskatchewan, where he did everything you can do in a TV station.

Since September of 1998 until he moved to radio in September 2019, Shaye was an integral part of Global Edmonton’s news team.

Shaye and his wife, Trish, are busy with their two children and their two dogs: Ozzy the labradoodle and Hugo the whoodle.

There are two main passions in his life outside the studio. He’s a classical guitarist, and taught guitar for many years while in college. And he loves hockey; he’s played all his life, and now coaches his son’s team.

Shaye feels very fortunate to live in Edmonton and be in a position to improve his hometown. He has long-standing relationships with several charities. He was previously on the board of directors for Crime Stoppers, Edmonton and Northern Alberta and now sits on the board for the Valley Zoo Development Society.

WATCH: Shaye answers a few questions for Global Edmonton viewers, including: how would people describe you and what advice would you give to your younger self?