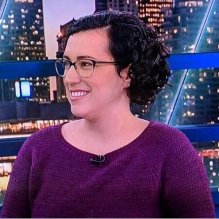 Rebecca Joseph is the Digital Managing Editor for Alberta, based in Calgary.

She’s a native Winnipeger, but she worked in Ottawa, Quebec, New Zealand, Winnipeg, Halifax and Toronto before settling in Calgary.

Rebecca started working at Global News on The Morning News in Halifax in 2014. She then worked for the national online department in Toronto before moving to Calgary. Her work organizing coverage for the 2020 Iran plane crash helped the team win an RTDNA award for Breaking News Coverage.

She has also had her work featured in newspapers and magazines in Halifax and Toronto.