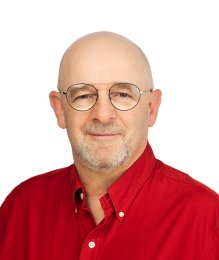 Born and raised in Edmonton, Randy grew up listening to 630 CHED when it was a music station and dreamed about working there one day. Well, that day came to be on March 4, 1974 when he started in the newsroom at 630 CHED keeping listeners informed about news and sports for eight years before moving to CISN Country 103.9 when it hit the airwaves in 1982.

He also was news and sports director, and talk show co-host at CIRK-FM (K-97) from 1985 to 1988. That’s when he decided to take a break from the broadcast business to pursue a career in communications and media relations.

From 1988 to 2011, Randy was the spokesperson and a communications strategist for several organizations including the Edmonton Police Service, the Edmonton Fire Department, the City of Edmonton, Northlands and several health organizations.

He’s accredited in public relations through the Canadian Public Relations Society, a group he continues to be actively involved with.

For 15  seasons, from 1983 to 1997, Randy was the in-game host for Edmonton football home games at Commonwealth Stadium. During that same time, generally, he was the public address announcer for the University of Alberta Golden Bears hockey team, the Edmonton Trappers Triple A baseball team and the Edmonton Drillers soccer team.

Randy feels fortunate to have witnessed the Edmonton football win five Grey Cup championships in a row and the Oilers grab five Stanley Cup championships, but says one of his favourite career highlights was interviewing Muhammad Ali four times – once in person, the other three by telephone.

During his time away from 630 CHED and Global News Radio, Randy hangs out with his wife Val, checking in on their six grandchildren, reading, playing a little bit of golf (rarely well) and traveling to Arizona, Mexico and New York City, three places he always relishes visiting.

WATCH: Randy Kilburn answers a few questions for Global New Radio 880 Edmonton listeners, including: what makes you laugh, what do you do on your days off, and what is the best part about living in Edmonton?