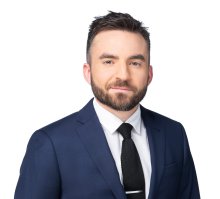 Carcasole joined Global Toronto as a reporter in 2012 but started his journalism career in 2005 as an anchor and news reporter for NewsTalk 1010. While there, he reported on various topics, from crime to provincial politics. In addition to his work at NewsTalk, in 2006 Carcasole also wrote for the online music and video magazine, Scene and Heard.

As part of the Global Toronto team, Carcasole covers hard-hitting stories, including the death of a child at an unlicensed Toronto daycare centre in 2014, and the high-profile sexual assault case of anesthesiologist, Dr. George Doodnaught. In late 2013, he reported on the extensive ice storm damage in Toronto and the plight of many city residents, forced to go without heat for weeks when winter temperatures were at their coldest.

Carcasole graduated with honours from the Radio Broadcasting program at Humber College in 2005.

When he’s not covering the news, Carcasole enjoys making music in his home studio and loves movies. A big fan of hockey, Carcasole plays and watches whenever he can.