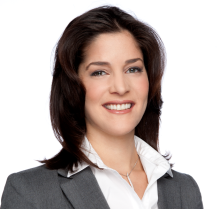 Born and raised in Kuwait, Lama and her family moved to Toronto in 1990 where she earned an honours bachelor degree in Psychology from the University of Toronto, and a post-graduate diploma in Journalism from Humber College.

From 2006 to 2009, Lama worked as a video journalist for ‘A’ News in Windsor and London. Prior to that, Lama spent several years reporting for CTV in Sudbury and was an anchor/video journalist at CTV in Regina.

For Lama, being a journalist is a wonderful opportunity to constantly learn new things and a chance to share with others the stories of an increasingly diverse local community.

‘She’s there for everyone’: Toronto remembers Councillor Pam McConnell

Ontario family calls for justice after allegations of elder abuse

‘War is pointless’: veteran reacts to Trump’s plans in Afghanistan

‘I trusted our kids to go, they basically deceived us’: Mother of teen who went on school trip

Toronto police who mocked girl with Down syndrome appear at tribunal

Ontario family calls for justice after allegations of elder abuse

A family in the GTA is going public with allegations of an unspeakable crime. They claim the 90-year-old matriarch of the family was sexually assaulted inside a Richmond Hill hospital. They also claim the entire system let them down. Continue reading →

Grieving Toronto mother devastated by loss of photos, notes after replacing her iPhone

Sunnie McFadden-Curtis lost her son in a drowning accident and says days later her iPhone broke down, which sparked a lengthy back and forth with Apple officials. Continue reading →

Kory Bradshaw has Cystic Fibrosis and is waiting for a double lung transplant in Toronto, but while he and his wife Renee were in the city their home in Kelowna was destroyed by a fire. Continue reading →

The evidence portion of the judge-only trial of three Toronto police officers accused of sexually assaulting a female colleague finished on Tuesday with both sides presenting their closing arguments. Continue reading →

Renee Tulk, 29, was on FaceTime with her father when she was hit on the side of the head by a line-drive while standing at the flight deck during batting practice before the April 30th game against the Tampa Bay Rays. Continue reading →

On Jan. 23, Laura Mastache’s daughter Wendy was picked up from home in a small school bus at around 8:30 a.m. Laura said she received a call from the school at around 3 p.m. saying her daughter hadn’t been seen all day and that she never made it to her special needs class at York Humber High School. Continue reading →

Months after a bill unanimously passed at Queen’s Park requiring the Ontario government to implement evidence-based treatments for those in need of post-stroke physiotherapy, patients unable to access treatments took their frustrations directly to the health minister. Continue reading →

Is mental health stigma lessening? Canadians opening up more than ever, survey suggests

Eighty-five per cent of Canadians say they consider mental health to be as important as physical health – another 12 per cent say it’s even more important. Continue reading →

Hamilton police have taken over the investigation into Monday’s tragic house fire that claimed the life of a three-year-old boy on the west mountain. Continue reading →

Rainbow Railroad is calling on the Canadian government to facilitate emergency visas for people fleeing persecution based on their sexual orientation. Continue reading →

A cyclist has been caught on camera smashing the side mirror of an SUV to pieces in west-end Toronto, in an apparent road rage incident that has police and cycling advocates calling on drivers to share the road. Continue reading →

Ibrahim Hindy said he received an anti-Islamic email with a picture of men being hanged and a Facebook message referring to the mosque as “one of many satan safe houses that need to be burned to the ground.” Continue reading →

Jim Beam Presents Live From Inside: The Trews
Dec 4

RT @mattybing: Mayor Tory stressing the importance to stay healthy by staying home. But he begins outlining the city's plan for outdoor rec…

BREAKING: The Ontario government is urging residents to celebrate the upcoming winter holidays only with the people… twitter.com/i/web/status/1…