The Washington Capitals thoroughly outplayed the Edmonton Oilers on the way to a 3-2 win Monday night at Rogers Place.

Goalie Stuart Skinner held the Oilers in it, making 47 saves on 50 shots.

“It felt like it was just a hard game — like they were rolling around in our zone for a good period of time there,” Skinner said. “They had a lot of good chances and they’re a good team. You’ve got to give them credit.

“There were a lot of outside shots, but we gave up too many inside tonight as well,” Oilers defenceman Brett Kulak said.

Brett Kulak opened the scoring early in the second when his long shot found its way past Charlie Lindgren.

“You want to build and get more consistent as the year goes on, and I think we’ve done that over the last few weeks,” Kulak said. “You want to be at your best heading into the postseason, so we’ve got to keep chipping away.”

Lars Eller took advantage of an Oilers turnover to even it up a few minutes later. With Evan Bouchard in the box for cross checking, Connor McDavid stole the puck from John Carlson at the Oilers blue line and went in alone. He beat Lindgren five hole for his 21st. On the same power play, T.J. Oshie scored from in front to make it 2-2.

“They’re a volume-shooting team and they were shooting from everywhere,” Darnell Nurse added. “(Skinner) has been unbelievable for us and we need to reciprocate the effort back for him and not make him have to face 35-50 shots per night.”

With 12:47 to go in the third, Aliaksei Protas dropped a pass to Nic Dowd, who wired a shot past Skinner’s glove. Ryan Nugent-Hopkins had a great chance to tie it with eight minutes left but Lindgren shot out the left pad for the denial.

“I got snowed a little bit and just lost the puck and he made a nice shot,” Skinner said after the fact.

— With files from Brenden Escott, 630 CHED 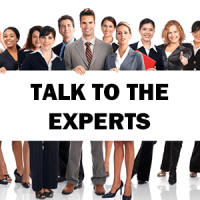