Canada adds 84K jobs in October, but about 1.8M still out of work

Statistics Canada says the pace of job growth slowed in October as the economy added 83,600 jobs in the month compared with 378,000 in September.

The unemployment rate was little changed at 8.9 per cent compared with 9.0 per cent in September. 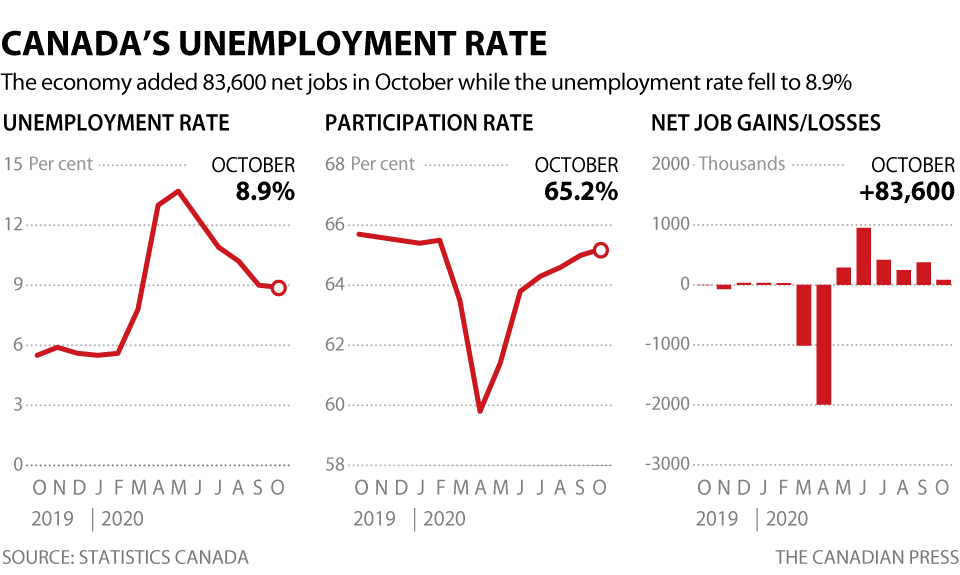 Overall, there were about 1.8 million people out of work in October.

The average economist estimate was for a gain of 100,000 jobs in October and an unemployment rate of 8.8 per cent, according to financial data firm Refinitiv.

Statistics Canada says increases across several industries were partially offset by a decrease of 48,000 jobs in the accommodation and food services industry, largely in Quebec.

The agency says the unemployment rate would have been 11.3 per cent in October had it included in calculations the 540,000 Canadians who wanted to work last month but didn’t search for a job.