Let it snow! December 1 brings first snowfall of the season to the south Okanagan

The first day of December brought the first snowfall to the south Okanagan. Central and north Okanagan experienced a light dusting of snow as well.

Environment Canada said a few centimetres of snow is forecast to fall across the Okanagan Valley.

READ MORE: Okanagan weather: first snowfall of the season in the valley bottom

“It’s quite light due to a system coming up from the south,” said meteorologist Dave Wray.

“It is not well organized but it’s enough to give us a little bit of a blanket. So we are expecting anywhere between 1-2 centimetres accumulation today and then potentially up to another two centimetres through tonight.”

He said commuters should prepare for elevated snow levels on the B.C. Interior highway mountain passes, with up to five centimetres of snowfall.

“So not a major event but for the first of the year it’s something to look out for,” Wray said.

While no snowfall warnings have been issued in the Okanagan, Environment Canada said the snow is expected to stick around until mid-week.

“I don’t think it will melt too quickly. We are looking at daytime highs tomorrow getting up to around the zero degree mark, so what snow we do get today will stick around through the day tomorrow,” he said. 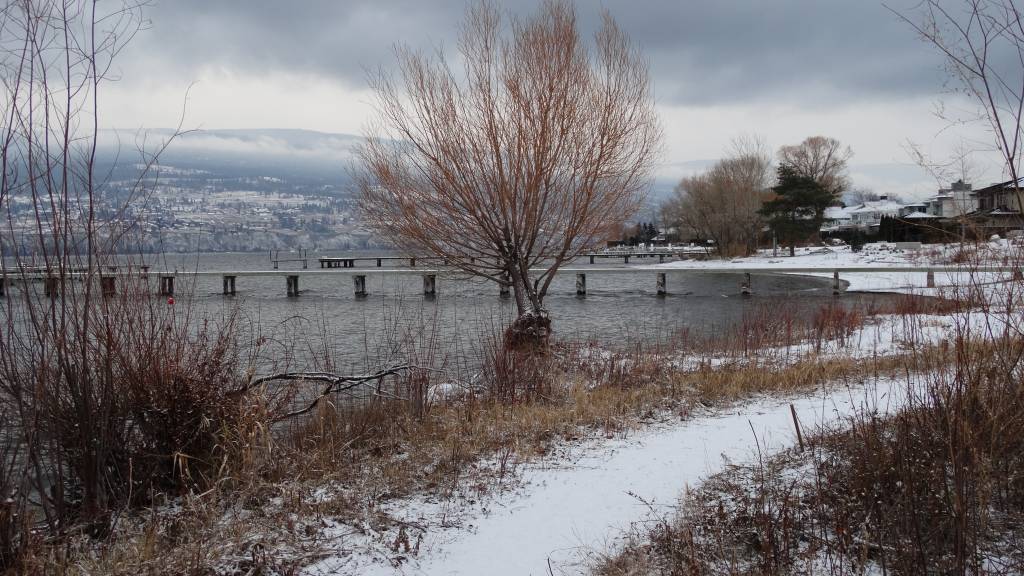 Meanwhile, a special weather statement and snowfall warning has been issued for the Fraser Valley, with up to 10 centimetres of snow forecast in the eastern part of the valley.

A snowfall warning has also been issued for the north coast, including Stewart, with up to 15 centimetres of snow expected to fall on Monday.

First snowfall of the season coming down in #Penticton pic.twitter.com/k2grfF3v6i

Wray is encouraging commuters and those braving the snow to take extra safety precautions.

A snowfall warning has been issued for #Hope. 5 cm are expected tonight, with an additional 2 to 4 cm Monday morning before changing over to rain in the afternoon. Please send reports to #BCStorm @DriveBC More details here: https://t.co/csN56TFUOT

“We can be quite experienced driving in the snow but whenever it is the first or second snowfall, just take your time, leave yourself some extra room in between vehicles, dress warmly,” he said.

As of Oct. 1, drivers travelling on most B.C. highways are required to equip their vehicles with winter tires until April 30.