Rent expected to go up by 4% in Calgary this year: report

Despite being in an economic downturn, renters in Calgary can expect to be handing more money over to their landlords this year.

According to a new report from Rentals.ca, the average rent in Calgary is set to increase by four per cent in 2019.

“You’d think there’d be a correlation — if home prices are declining, that we’d see maybe the decline in rent rates as well,” the site’s CEO Matt Danison said.

“Unfortunately, that’s not the case. There’s a lot of pressure coming from the rental market from different angles.”

The average rent for a two-bedroom apartment in Calgary is about $1,400, according to the report. Edmontonians can expect to pay roughly $150 less. 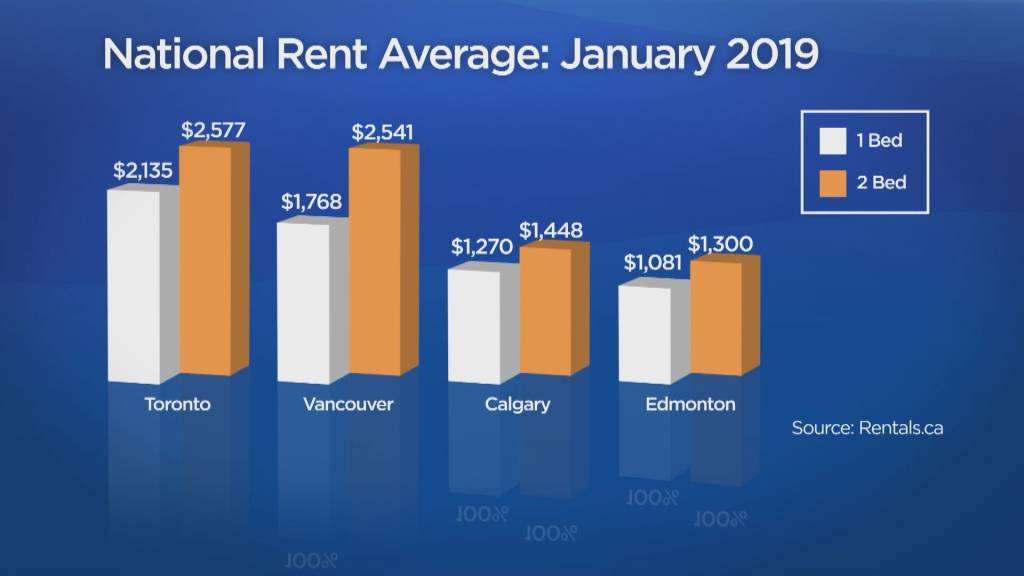 The most expensive rents in Canada are still found in Toronto, with Vancouver coming in at a close second, the report showed.

Danison said many are choosing to rent rather than buy as housing values in the province are expected to continue their decline.

“Those that were looking to buy, it’s become harder because of the stress tests to qualify and higher rates,” he said.

“Buying a home, jumping into that, is not as attractive as maybe it once was,” Danison added. “Those younger generations value flexibility and convenience whereas their parent’s generation really values job security.” 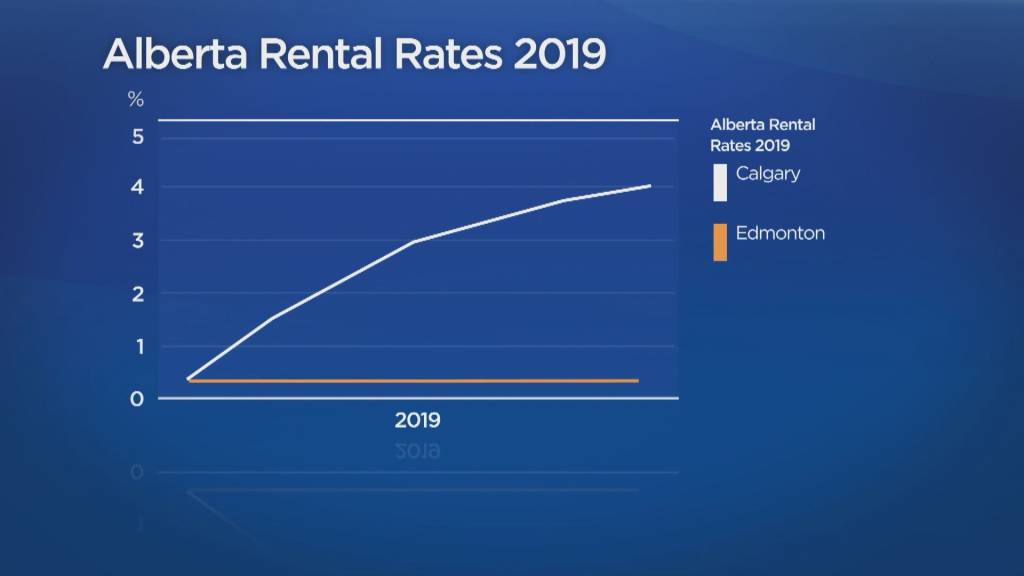 Increased immigration to affordable cities — where immigrants will likely turn to renting for a first home — is also contributing to rent increases, Danison said. Add to that the fact that vacancy rates are dropping across Alberta. 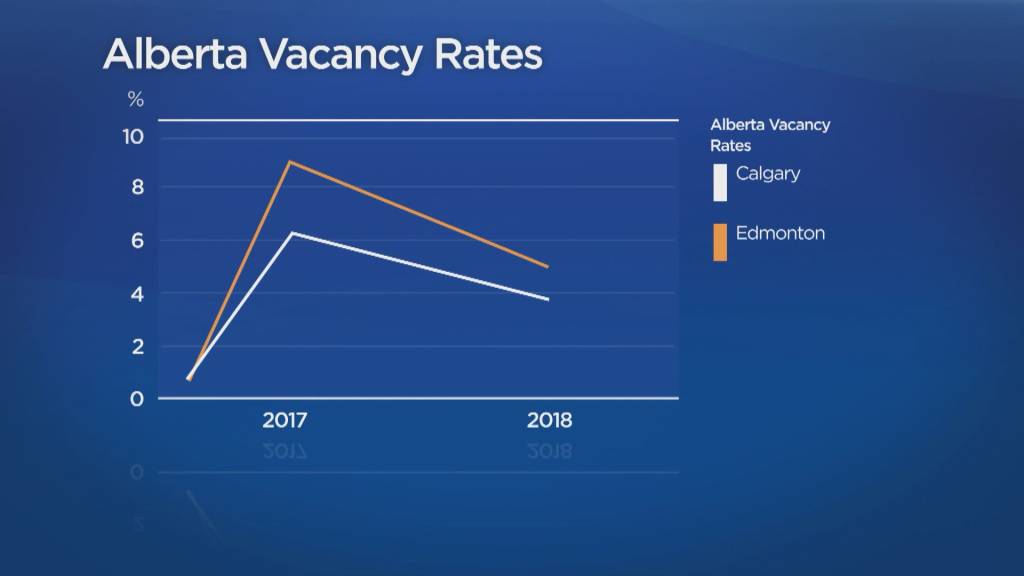 For those hoping to rent a place in Calgary, the competition is moving past just offering affordable prices.

“When I was posting my [ad] on RentFaster, I was looking at all the other people trying to get lease takeovers and everyone was offering different things,” renter Chelsea Bedrejo said. “Like, ‘I’ll pay $200 of your rent a month,’ or, ‘I’ll pay $50 gift certificates.’ It’s almost like a competition between people trying to get this place rented out.”