BLOG: Bombers vs Stampeders Friday night, how the Blue and Gold looks heading in

Ed Tait is a writer for the Winnipeg Blue Bombers. This article was originally published at BlueBombers.com.

Dan LeFevour has leap-frogged Dom Davis into the starting quarterback role for the Winnipeg Blue Bombers regular season finale in Calgary against the Stampeders.

And he’ll step in for an ailing Matt Nichols in a game the Bombers could lock up second place in the West Division with a victory for two main reasons:

READ MORE: Dan LeFevour to start at quarterback for the Winnipeg Blue Bombers

Both Davis and LeFevour struggled in last weekend’s 36-27 loss to the B.C. Lions – Davis was 7-of-12 for 82 yards and sacked three times in 2 ½ quarters of work, while LeFevour entered the game in the fourth quarter and was just 5-of-12 for 42 yards two interceptions.

“Incompletions, interceptions… you name it. We could probably agree on what we didn’t like about it. Can’t we?”

The decision to go with LeFevour over Davis did surprise many in Bomberland, especially given Davis has been listed as the No. 2 pivot all season on the depth chart. But LeFevour did take more snaps, coming into games as a short-yardage specialist, and occasionally staying in games after converting those situations to run a hurry-up attack.

“You go back and look at his entire body of work and there are games that he’s played where he’s really moved the ball, took care of the football, made plays off schedule,” said O’Shea. “(Experience) matters at any position, maybe more so at the quarterback position. There’s a certain level of comfort that comes with experience, just the idea that you’ve been there and done it, seen more pictures and played more snaps.”

“We certainly evaluated what happened after the game and we felt that Dan brings some things that other quarterbacks don’t in our system so we felt he deserved the opportunity to play,” added offensive coordinator Paul LaPolice.

LaPolice also pointed to LeFevour’s mobility as a factor in the decision and his college credentials at Central Michigan scream that out: In 2007 he became the second player in NCAA history (along with Texas star Vince Young) to pass for 3,000 yards and rush for 1,000 in a season.

And now he gets thrown into the mix in the biggest game of the season, so far, and on a short week of prep, no less.

“There are challenges to every week, but yes, short week and having two days of prep on the field is definitely a challenge, but it’s not something I haven’t done before,” said LeFevour. “I’ve been in the league for a while; seen a lot of games, a lot of football, different elements. It is what it is. I’m ready to go.

“It’s just execute the offence, whatever the play calls for, just execute the job. I like our game plan this week, I like what we’re doing offensively. I’m excited to go execute. I don’t know if (the offence) is one size fits all, but we do what we do. We’re not going to change and start running the triple option just because a different quarterback is in there.” 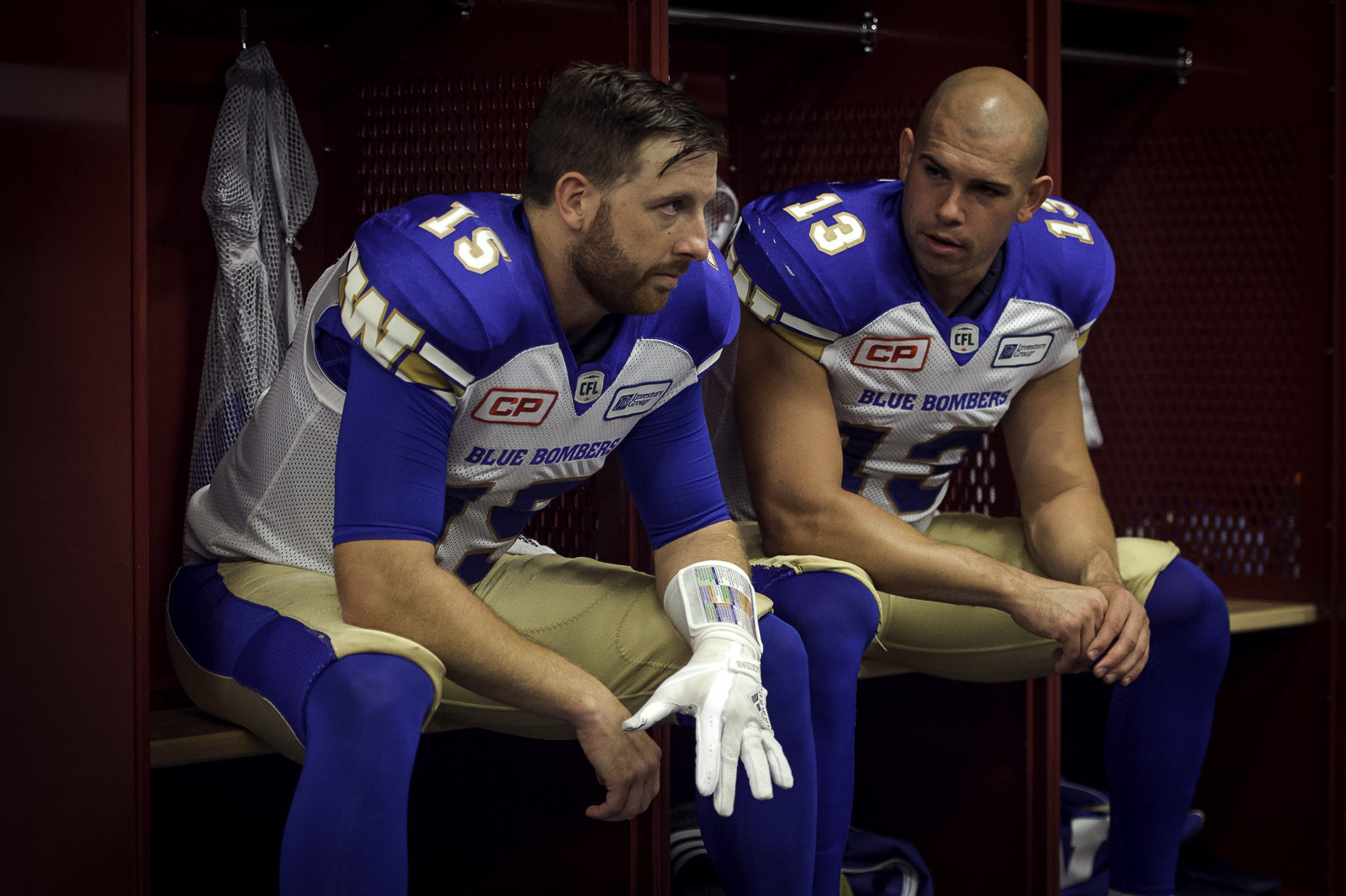 Nichols, meanwhile, was asked if he had any advice he could offer LeFevour – who will make his first start as a Bomber and first since a game last year for the Toronto Argonauts against the Ottawa REDBLACKS.

“I don’t feel like I have to give him too much advice. I’ve been talking to him all week,” said Nichols. “He’s ready for this opportunity, he’s played good football in his career. A lot of times in this league where there’s only nine starters, you can have limited time where you get to go out and play meaningful games.

“He’s ready for the challenge. He’s seen every look, he knows the offence inside and out… I was preaching to him not to put too much pressure on it. I told him to watch the Central Michigan game tonight (against Western Michigan) and remember where he comes from and the things he’s done in his life and just go out and have fun and let it sling, run around and make plays and do the things he does well.

“This team has full belief in him and what he can do and his abilities. I know I do. I’m going to be right there lending my opinions and what I’m seeing out there and make sure he has every opportunity to go out there and perform well.”

The Bombers completed their final full practice today in advance of Friday’s date in Calgary against the Stampeders.

Bombers RB Andrew Harris will suit up Friday, despite taking that hellacious hit late in Saturday’s loss to Calgary. Harris was cleared by the medical staff and practised fully on Wednesday.

“I’m feeling great. It was good to get out there as a team,” said Harris. “Yesterday was a walk-through practice but today we were all running around there… high-paced practice. It felt good.”

Asked about the hit – Harris took a helmet-to-helmet shot from DyShawn Davis with less than five minutes remaining – he offered this:

“It’s a hit, man. It’s football. You get hit sometimes. I was able to get up and I felt great today. So it’s good. No issue with it at all.”

The Bombers would clinch second place with a win Friday and have also activated RB Timothy Flandersfrom the injured list.

“We’re trying to win this football game,” said Harris, “so I expect to be in there as much as we need to be to win. And I expect Calgary to be the same way.”

Harris is at 967 yards rushing and needs three receptions to break the CFL record for catches by a running back – 102, set by Saskatchewan’s Craig Ellis in 1985. Those individual numbers do matter to more than just Harris.

“The O-line, they care about it (having a 1,000-yard rusher),” said Harris. “I told them they get a little something-something if we hit a 1,000. They’re hoping that I hit that milestone, for sure. For me, I’ve just got to go out there and help the team into situations to score points and be an impact player.”